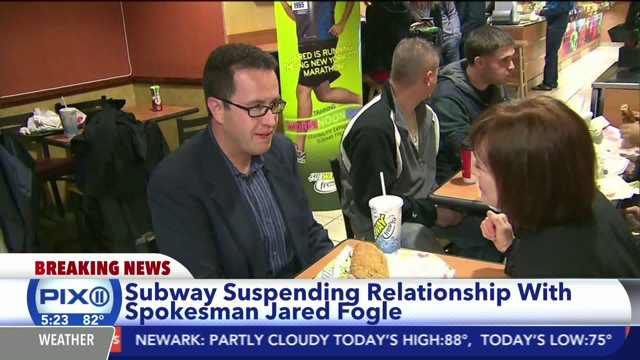 Subway has officially announced that it is suspending its relationship with spokesperson Jared Fogle following child pornography allegations. 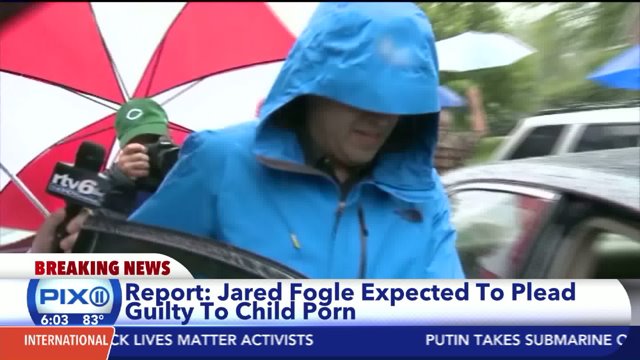 According to FOX59 , Fogle will accept a plea deal.  The U.S. Attorney's Office is expected to hold a news conference Wednesday afternoon to discuss the case.

We no longer have a relationship with Jared and have no further comment.

The charges come after federal agents raided Fogle's home in July as part of a child pornography investigation. Computers and DVDs were seized from his home.

Months before the raid, police arrested Russell Taylor, the former director of the Jared Foundation, for allegedly producing and possessing child pornography.  Investigators found more than 500 images with child pornography in Taylor's home. Taylor unsuccessfully tried to kill himself while in jail.

After the raid on Fogle's home, Subway suspended their relationship with the spokesman.

Earlier this month, Business Insider released a bombshell report about alleged text messages Fogle had sent about having sex with an underage girl.

In the texts, Fogle allegedly told a former Subway franchisee that he paid for sex with a 16-year-old girl. The former franchisee said she reported Fogle to Subway, but nothing was done about it.

Subway responded to the allegations saying “About the most recent news story on Jared Fogle, this allegation, if true, is appalling and is contrary to the values of our brand. As previously stated, we have suspended our relationship with Jared."

Fogle rose to fame after losing a massive amount of weight by eating Subway. He later became a spokesman for the company promoting the health benefits.

THIS IS A DEVELOPING STORY, CHECK BACK FOR UPDATES