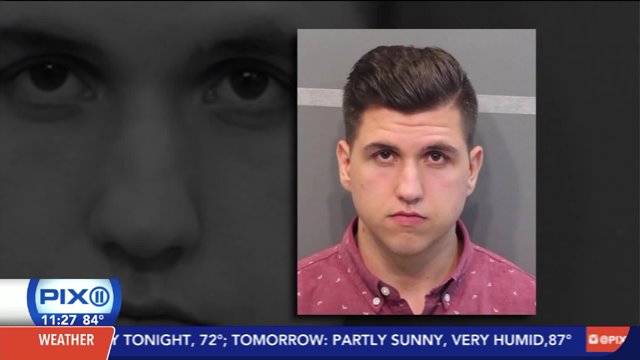 CHATTANOOGA, Tenn.— A Tennessee thrill-seeker accused of snapping a selfie on top of the Brooklyn Bridge was arrested in his home state Monday.

David Karnauch, 21, was picked up by police in Chattanooga after a Brooklyn judge issued a warrant for his arrest last week. He was wanted for scaling one of the beams of the Brooklyn Bridge to take a photo using a selfie stick.

The photo appeared on his Instagram on June 30 and quickly went viral. Eyebrows were raised about the security of the iconic bridge that someone was able to climb it so easily.

It's a threat to people who are on the bridge or walking the bridge," security expert Manny Gomez told PIX11 in June.

While police say this is a case of misdemeanor, the safety of others is crucial.

"The importance in this case as with the WTC jumper case, is that public safety is a priority to this department and apprehending those responsible will serve as a deterrent to others from endangering the public for their own self-promotion," a spokesperson for the NYPD told PIX11.

According to the Hamilton County Sheriff's Office, Karnauch will appear in court on Aug. 31.