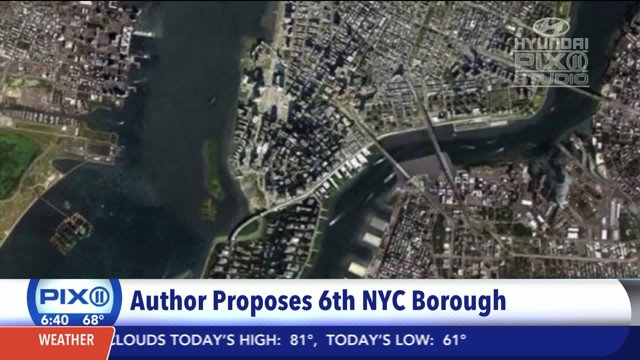 MANHATTAN – Rent is as sky high as the towers of steel and glass that populate New York City but one man thinks he has the solution.

"What if I build an Island?" Jon Methven, writer for theawl.org, said. "Other countries like Japan, China, Dubai, why don't we bring here in NYC?"

Methven says growing an island in the New York harbor between Manhattan, Brooklyn and Governor's Island could be New York City's sixth borough or Frankenboro as he calls it.

"A company is already dredging New York harbor," Methven said. "If someone has the wherewithal, they already have sediments they could use."

He admits there are lots of naysayers and environmentalists.

"They thought it was a really bad idea," he said.

As far as rent being cheaper or transportation, New Yorkers still have a lot to be skeptical about.