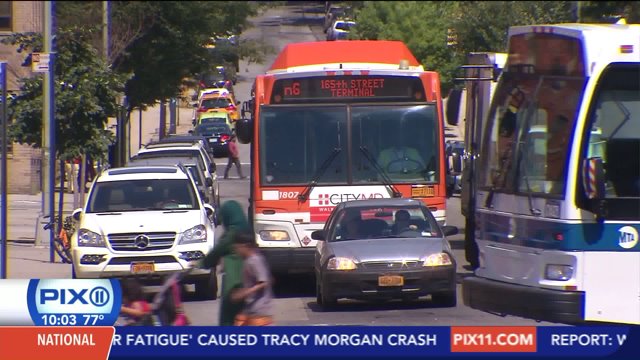 The surge of synthetic marijuana has spread throughout the five boroughs.

QUEENS — Anthony Mitchell, a security guard at the 165th Street Bus Terminal in Jamaica, Queens, told PIX11 he’s been watching the people collapse there since at least January.

The managers of the bus terminal—a major hub for travelers into Jamaica—have been getting complaints from store-owners and bus drivers at the site for months.

Young men are loitering outside shops and smoking synthetic drugs, commonly called K2 or Spice. They can buy a package—marketed as potpourri—for as little as $5.00 a clip.

The stuff looks a little like marijuana—but there’s nothing organic about it.

It’s sprayed with chemicals, often manufactured in China, that create a high.

The owner of a mobile phone store, “Boost,” said he’s getting fed up seeing young men begging for money outside his door.

“The past few months, I’ve been complaining to my landlord,” he said.  “I want to leave. Business is dropping.”

One of the terminal managers—who didn’t want to be identified—said the NYPD has ramped up efforts to clean up the area, ever since PIX11 aired a training video released by Police Commissioner Bratton last week.

The video showed a crazed man with no clothes on, exhibiting symptoms of Excited Delirium Syndrome, known as ExDS.   Some K2 abusers get violent, similar to behavior once seen in people after smoking PCP.

“When that video went viral from PIX11, about the naked man in Brooklyn, the next day we saw everything change immediately here,” the manager told us.  “And on Thursday, it was clean as a whistle,” she said, referring to the bus terminal.

PIX11 has confirmed the nearby 103 Precinct in Jamaica has been working to clear the area of K2.

Back on July 31, the precinct issued a summons to the Candy Shop, located on 165th  Street off Jamaica Avenue, across from the bus terminal.  PIX11 obtained a photo that shows the packages of “premium, natural blend, potpourri” on a table.  They  were  marketed under different names, in different colored packs. Some of the names on the product are “Geeked Up,” “Bliss,” and “Mr. Bad Guy.”

Then, on August 5th—a day after Commissioner Bratton’s press conference—police busted two men at the “First and Last” Newsstand, located at the bus terminal’s main platform.  They were cited for possessing khat, an illegal,, East African plant that can mimic the manic behavior of K2 users, when smoked.

Many Americans first learned about khat in the movie “Black Hawk Down”—which chronicled an ill-fated, U.S. military mission in Somalia in the 1990’s.  Many of the Somali fighters who dragged a dead American soldier through the streets were high on khat.  Khat has also been found in some of the Harlem delis that were busted for selling synthetic marijuana in July.

The terminal manager told PIX11 she was often calling for ambulances between one and five times a day, since January.

She estimated a visit to the emergency room can cost a thousand dollars a pop.

“If two people go, that’s two thousand a day, times seven.  That’s $14,000 a week out of taxpayer money for treatment of K2,” she observed. “This is why our medical costs are so high!”