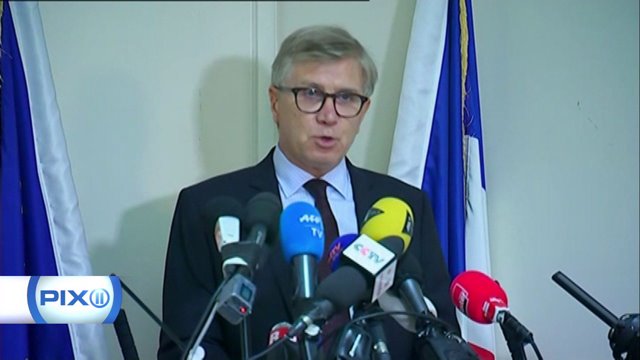 The confirmation that a piece of debris found last week belongs to Malaysia Airlines Flight 370 proves that the flight "tragically ended in the southern Indian Ocean," Malaysian Prime Minister Najib Razak said. "Today, 515 days since the plane disappeared, it is with a heavy heart that I must tell you that an international team of experts have conclusively confirmed that the aircraft debris found on Reunion Island is indeed from MH370."

The family members of passengers and crew aboard MH370 have been informed that the debris found on Reunion Island belongs to the missing plane, Malaysia Airlines said in a statement Wednesday. "Malaysia Airlines would like to sincerely convey our deepest sorrow to the families and friends of the passengers onboard Flight MH370," the statement said.

Paris Deputy Prosecutor Serge Mackowiak told reporters Wednesday that debris found on the island of Reunion is very likely from missing Malaysia Airlines Flight 370. The design of the plane part known as a flaperon matches a Boeing 777, he said, and the characteristics of the flaperon match the technical specifications provided by Malaysia Airlines for that part.