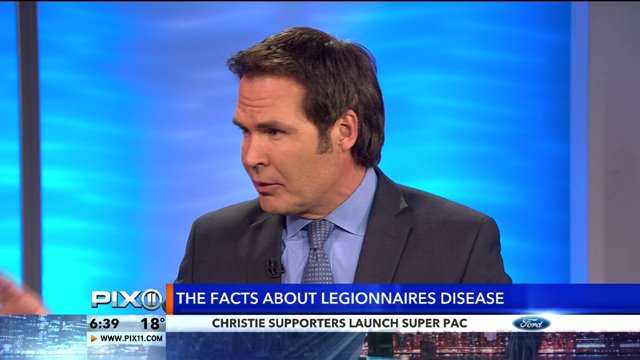 Dr. Steve talks about the facts regarding Legionnaire`s Disease and how it spreads. 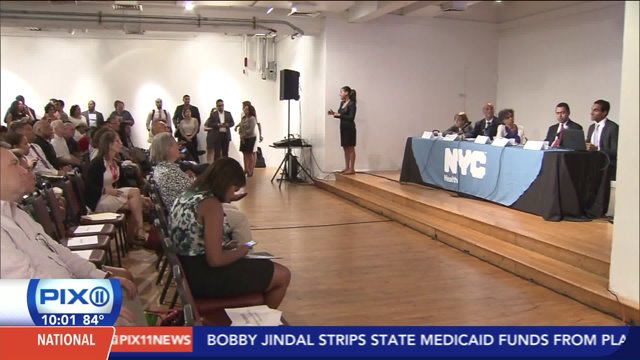 SOUTH BRONX — The total cases of Legionnaires' disease in the South Bronx has grown to 86 but health officials said they are seeing the illness decline as the city handles the "unusual" outbreak.

Mayor Bill de Blasio and Health Commissioner Dr. Mary Bassett shared the update at a midday news conference Tuesday. Among the new developments is pending legislation that would financially punish building owners who know about the presence of Legionnaires'-causing bacteria in their cooling towers but who fail to decontaminate their systems, and establish guidelines for cooling tower inspection and cleaning.

Five cooling towers in the South Bronx have been identified as possible sources of the outbreak and successfully decontaminated, Bassett said, adding that she and her team are "confident" they've targeted the source of the outbreak. It will be a few weeks before they have lab confirmation that those are the cooling towers to blame for the illnesses.

A total of 86 people have been sickened by the bacteria spread through mist, often emitted by mist coming from air conditioning systems, the city said. Sixty-four of those patients were sickened so severely they were hospitalized and 28 of them since have been discharged.

Seven patients died. All of those deceased were older adults with underlying health problems, the city said.

The number of new daily cases peaked July 30 and has been declining ever since, de Blasio said. The mayor added if no new cases appear in the next 10 days -- the incubation period of Legionnaires' disease -- that would be an indication they've pinpointed and eliminated the cause of the outbreak.

Health officials insisted the city's drinking water is safe and the cooling towers that tested positive for Legionnella are not connected to the same water New Yorkers use to cook, bathe or drink. Home air conditioning units are also unaffected.

Those locations are required to submit by Friday their plans for long-term maintenance of their cooling towers, which are not the same as the iconic wooden water tanks on top of city buildings.

Legionnaires' disease is a severe form of a pneumonia contracted when a person inhales mist that contains the bacteria Legionnella, according to health officials. Symptoms show up 3 to 10 days after significant exposure and are similar to those of the flu, such as fever, cough and shortness of breath.

Legionnaire's disease is treatable with antibiotics if caught early but can be life-threatening in those with pre-existing health issues or weakened immune systems.

To their knowledge, health officials said this is the largest outbreak of Legionnaire's disease in New York City. It has a 5 to 10 percent fatality rate, Bassett said.

Legionnaires' disease was first identified in 1976 at an American Legion convention in Philadelphia when seven hundred patients came down with the illness. That outbreak was associated with the convention center's air conditioning system.