Three dead, at least 17 injured after violent weekend in NYC 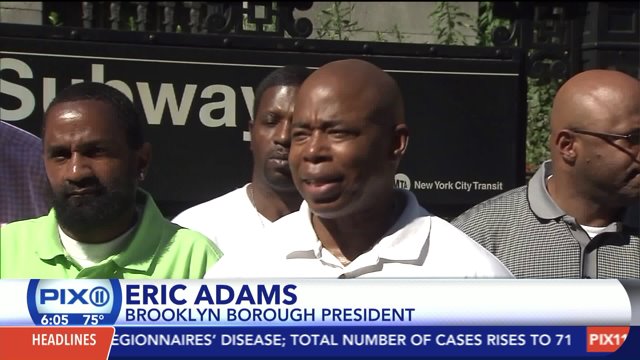 EAST NEW YORK, Brooklyn –Borough President Eric Adams and community activists will hold an anti-violence rally following a rash of shootings where three people were killed and at least 17 others were injured in New York City over the weekend.

One of the shootings was caught on surveillance video showing two gunmen spraying bullets into a crowd Sunday morning in East New York.

"I was like 'oh my gosh they're shooting outside'," a Elizabeth Olmeda, a neighbor said. "So I came outside I see people running."

A family was hosting a memorial gathering at this home on Stanley Avenue for their young daughter who passed away three years ago when suddenly two uninvited guests showed up and nearly killed nine others.

Five women and four men were shot but all survived.

"You get scared for your child's well-being but I protect him the best way I can," Lance Elkins, a concerned father said.

In the wake of a violent weekend, where as many as 20 people were wounded by gunfire across the city, community activists spoke out against the Mayor.

"You got elected to be the mayor of this city, you now have to step up and do your job!" Tony Herbert exclaimed.

"Brooklyn is not going to be the borough of body count," Adams said.

They're asking for a sit-down interview with the Mayor de Blasio and Governor Cuomo in an effort to fund anti-violence initiatives in high crime areas.

"If we've had the same level of shootings on Park Avenue in Manhattan instead of Park Place in Brooklyn, would we have the same response?" Adams asked.

In the meantime, Adams will launch a week-long gun violence awareness campaign by staging an open casket outside Brooklyn Borough Hall at 11 a.m. Monday.