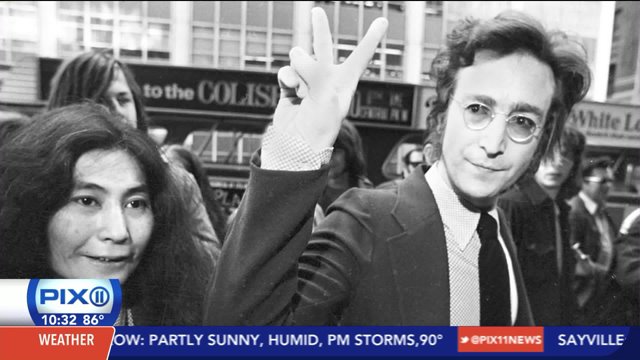 The tapestry was commissioned by Art for Amnesty founder Bill Shipsey as a thank you to Ono for giving Amnesty International the rights to record cover versions of Lennon's post-Beatles songs in 2004, allowing Amnesty to raise over $5 million in royalties since.

Bono, The Edge and music business impresario Jimmy Iovine have donated the tapestry to The Statue of Liberty-Ellis Island Foundation for display at the Ellis Island National Museum of Immigration.

The memento depicts Manhattan as a "Yellow Submarine" with John Lennon as the captain manning the vessel.