Exonerated after 23 years, man discusses how easily someone can be wrongfully convicted 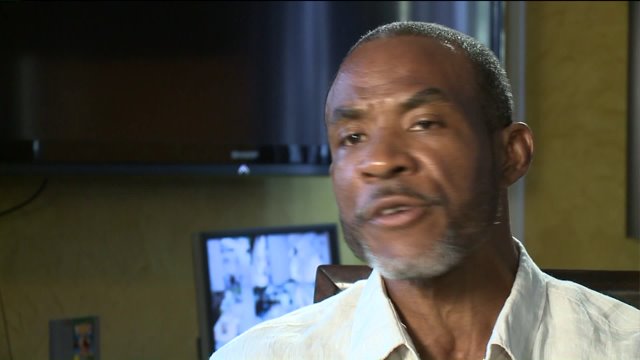 BROOKLYN —After nearly 23 years behind bars, and an even longer legal battle to prove his innocence, one man from Brooklyn is finally free.  Everton Wagstaffe was declared innocent this week of kidnapping, sexual assault and murder, but his case, as well as other developments, show just how widespread the problem of wrongful conviction is.

In 1992, Wagstaffe was a happy 24 year-old who'd had a few relatively minor brushes with the law for crack cocaine sales. But that year, his law enforcement encounters became extremely serious.

"If I'd just sat there waiting for something to happen," Wagstaffe told PIX11 News, "I'd just be rotting away."

Now 47, Wagstaffe spoke about how he'd ended up being convicted of the New Year's Day 1992 kidnapping, rape and murder of Jennifer Negron, 16, in Brooklyn.  Wagstaffe and another man, who he didn't even know, Reginald Connor, were both convicted for the girl's brutal killing.

For the next 23 years, Wagstaffe's story was one of herculean work against very long odds.  He'd entered prison functionally illiterate, but while behind bars, he took courses that helped him learn how to read and write.  He did so well, that he eventually investigated his own case, and showed sympathetic pro bono lawyers who agreed to take on his case that detectives had randomly targeted him and co-defendant Connor.  Police investigators had arranged for a crack-addicted prostitute to testify against Wagstaffe and Connor, in exchange for leniency in her own case, even though she'd never seen the two men before.

It sent the once easy-going Wagstaffe to prison for nearly a quarter century, until a judge overturned his conviction last fall.  Despite that, Brooklyn prosecutors insisted on having the case re-heard.  It was frustrating for Wagstaffe, but he said he was confident he could endure.

"I knew eventually I would be vindicated," he told PIX11 News. "I realized they were always going to want to fight on and I asked, 'My God, when will this [be] over?'"

It was only on Monday that Wagstaffe's case was declared ended, and he was pronounced innocent, by the unanimous vote of a panel of appeals judges. The move finally cleared him and Connor, who had taken a plea deal a decade ago.  The appellate ruling removes Connor from the national registry of sex offenders, and ensures that Wagstaffe's name is never placed there.

"I know I have truth on my side," he cited, as the principle that guided him through his nearly two-and-a-half decade odyssey.  "If God is God, and truth is truth, I would be vindicated."

But Wagstaffe's case is by no means isolated. "We're already up to 50 exoneration this year alone," said Jeffrey Deskovic, one of the country's foremost advocates against wrongful convictions like Wagstaffe's,  and his own.

Deskovic served 16 years for the rape and murder of Angela Correa, 16, which DNA later proved was committed by someone else -- a serial rapist.  Deskovic says that there are so many ways in which innocent people are being convicted of crimes, that it's the core of a new television program he does once a week, called The Security Brief.

"It's sad that I have so much material," Deskovic told PIX11 News.  He said that the list of ways in which people get falsely accused and convicted is endless, including false witnesses, like the one who got Wagstaffe and Connor convicted.

"No one should be convicted based only on an informant without some other  piece of information," said Deskovic.  "We need to have better identification  procedures, we need to videotape [police] interrogations, we need to have a better system of public defense, we need to preserve evidence so that if DNA is an option to be utilized -- [and] it's only 5 to 12 percent [of cases] -- that it hasn't literally been trashed."

Deskovic and Connor are now lobbying Albany, also, trying to get a law passed that would creat a board to review claims of misconduct by prosecutors.  They are currently not required in New York state to disclose all of the evidence against a suspect before trial, even if the disclosure could exonerate the person.

Wagstaffe is living proof of the problem, as well as what's required to overcome it, he said.  "Sacrifice is necessary," he told PIX11 News.  "and it showed me that more than anything else.  Had I sat back [and] I didn't do anything, [if] I'd thrown in the towel and said I'm not doing anything, I'd do a great disservice to the truth."