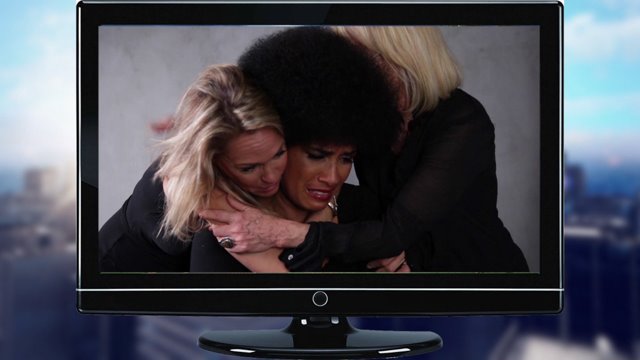 NEW YORK — Bill Cosby has not been charged with any crime, but dozens of women have now come forward to visibly proclaim that he sexually abused them.  It's a story of national scope, but it takes on a unique local aspect in that the women, 35 of them, opened up to New York Magazine to put a face on and give voice to an alleged sex scandal that they said left them voiceless and alone for decades.

The vast majority of them were in their teens and twenties when Cosby drugged and sexually abused them, they said, but now, they range in age from 40 to 80.  They said that the unwanted sex acts started in the early- to mid-1960's.

The 35 women featured in New York Magazine chose to show themselves.  However, 11 more women who say they suffered at the hands of Cosby declined to be photographed and interviewed by the magazine.  Among the women who did choose to be included, a half dozen gave interviews on video, while many more gave printed interviews.

In both cases, their words are damning.

"He gave me a drug," said Victoria Valentino in a video interview.  "He sat down on the love seat and pulled down the zipper of his pants," she said, and then made a gesture implying a further sex act.   "Then he stood up, flipped me over," she added, "and he did me doggie style."

She said that when Cosby had finished, she asked him, in her drugged state, how she was going to get home.  "He looked, sort of in my direction, very disdainfully, and he said, 'Call a cab,'" Valentino told New York Magazine.

The New York Magazine photo shoot and article have become far more than a confessional for the women involved.  It has instead become an occasion for a lot women who all claim to have been damaged under extremely similar circumstances by one of the most beloved figures in American culture, to come together as a sisterhood.  They call it a Sisterhood of Sadness.

In the article, there are also quotes from the women that underscore their frustration at not being believed for so long, against such a towering and trusted public figure.

She was referring to a video by the comedian and writer Hannibal Buress recorded last fall, in which he repeatedly accuses Cosby, in a comic monologue, of being a rapist.

Millions of people watched and shared the video, boosting the story of women who'd previously made public claims against Cosby.

“You know, a woman can be not believed for 30 years. But it takes one man?  To make a joke about it? " said Victoria Valentino in the article.  "That f***ing pissed me off so bad. Suddenly I’m thinking, Who do I contact?”

Again, New York Magazine contacted her, as well as others who had made statements against the comedian and actor.

"I'm very glad that this is finally coming out in such a graphic form that it will smack people in the face," said Lynn Hecht Schafran, executive Vice President of Legal Momentum, the women's legal defense fund.

She and her organization are why it's illegal and actionable if somebody displays pornography in the workplace.  They also successfully carried out legal action that resulted in the ceasing of firefighters and other first responders from harassing women in the workplace.

Hecht Schafran has handled many cases similar to those profiled in the article, and she points one thing out about most of the alleged survivors of Cosby's abuse.  Assuming it happened, it took place way too long ago to take legal action.

"We need to get rid of the statute of limitations on rape and sexual assault," Hecht Schafran said.