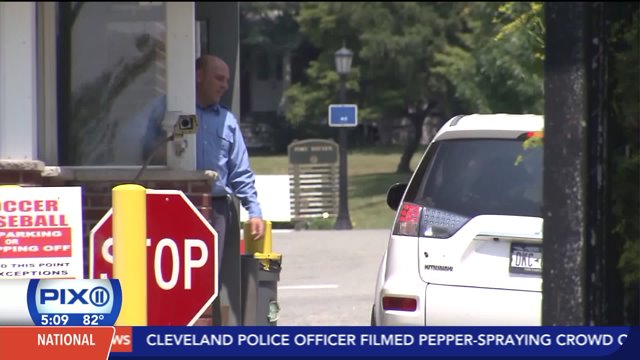 One reservist base in Queens is so wide open anyone can walk in. That`s exactly what PIX11 decided to try -- here are the results.

QUEENS - There is a call for increased security at New York's military reserve bases.

For example, Fort Totten in Queens can have hundreds of army reservists training there on any given day but there are no armed guards at a checkpoint.

Fort Totten's director of operations, Mac Harris, is worried.  "To me, it's just a matter of time," he said.​ "We are just like sitting ducks here. Just waiting for something to happen."

According to Congressman Steve Israel, armed guards were cut at Fort Totten in 2009. It was a budget cut.

"As we stood here, dozens of cars went through this facility. Anyone of those cars could have had a terrorist or nut in that car with guns," Israel said outside Fort Totten Monday.

Less than two weeks ago, a gunman killed 5 people in Chattanooga, Tennessee. He opened fire at two military facilities.

It's the latest in a string of deadly shootings on military bases in the United States.

In addition to the Army reserve base at Fort Totten, the NYPD and FDNY also have facilities there. There are public parks and a pool.

Congressman Israel wants all visitors to be stopped and checked by an armed guard at a security checkpoint at Fort Totten and any other reserve base.

A Department of Defense spokesperson told PIX11 Monday, "Secretary of Defense Ash Carter approved immediate steps taken by the Services to enhance force protection in the wake of the shooting in Chattanooga on July 18th. He has also directed the services to examine additional steps that can be taken to ensure the safety of service members and civilians at military installations. This includes DoD facilities not located on a military installation."​

Paul Cohen of Whitestone bikes near the base. "I keep my eyes open. I am a retired police officer. I am always looking."