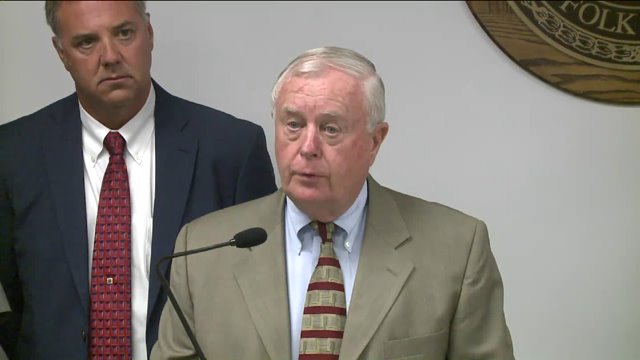 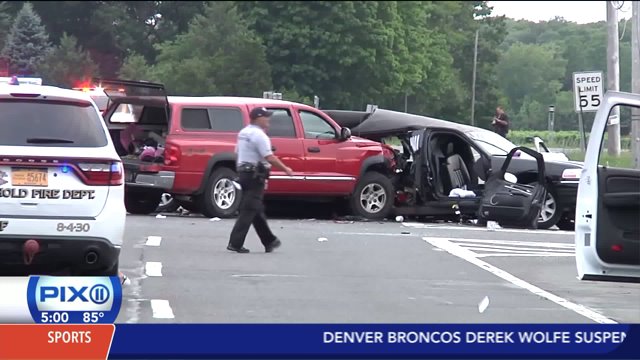 RIVERHEAD, N.Y. — The driver who was arrested in the deadly limo accident in Cutchogue that killed four women was not legally drunk at the time his blood was tested, but the charge of driving while intoxicated will not be dropped, the Suffolk DA said on Friday.

District Attorney Thomas Spota said at news conference at Riverhead Criminal Courthouse that there is an "emerging, but incomplete picture" of what happened Saturday night.

He said authorities took blood samples an hour and  40 minutes after the crash from 55-year-old Steven Romeo, the driver who allegedly T-boned the limousine, and did not use a Breathalyzer. The results showed Romeo's blood alcohol content to be .066. A BAC of .08 or higher would be considered "driving while intoxicated" in New York state.  However, Spota said at the time of the crash, his BAC would "likely have been over .08," and the original charge stands.

Spota said they are also analyzing his cellphone and are speaking to new witnesses. In exchange for lowered bail, Romeo agreed not to leave New York without the express permission of authorities, and also agreed to surrender his passport. Spota said Romeo's physical injuries include a broken nose.

Spota also announced authorities have been unable to speak to any of the surviving women, but plan to do so as soon as their medical conditions improve. Because of this, they were unable to determine whether the women were wearing seat belts and other details related to the investigation.

Spota said the limo driver had a valid driver's license, but did not want to discuss whether he was being reckless or other details of how he was driving because of the ongoing investigation.

A group of young women opted to rent a limousine when touring a winery in Cutchogue. As they were exiting, their limo was T-boned by alleged drunk driver Steven Romeo, 55. Within 24 hours, Brittany Schulman, 23, and Lauren Baruch, 24, both from Smithtown; Stephanie Belli, 23, of Kings Park; and Amy Grabina, 23, of Commack were killed as a result of the crash.

Injured in the crash were Joelle Dimonte, 25, of Elwood; Melissa Angela Crai, 23, of Scarsdale; Alicia Arundel, 24, of Setauket; and Olga Lipets, 24, of Brooklyn. The limousine’s driver, Carlos Pino, 58, of Bethpage was also injured.