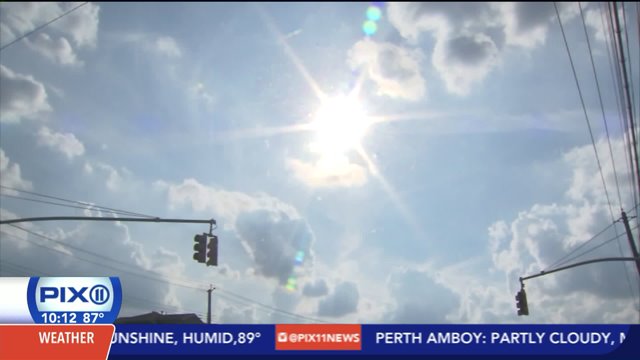 NEW YORK — Consolidated Edison says more than 10,000 customers on Staten Island are affected by a power outage. The company has also lowered voltage in midtown and warned customers there to conserve energy, both coming on one of the hottest days of the year.

ConEd is asking customers in Midtown West to conserve energy while crews repair equipment. The company has also reduced voltage in the area.

Thousands of customers from W. 30 Street to W. 43 Street from 7th Avenue to the Hudson are being told not to use appliances like washers, dryers, air conditioners.

Staten Island outages were affecting parts of the Fox Hills and Fresh Kills areas Monday afternoon.  Con Ed is working to repair what is believed to be a failure of electrical cables -- likely heat-related.

As of 9 p.m. there were approximately 11,000 customers affected. Power is estimated to be fully restored by 5 a.m., Tuesday.

Staten Island University North Hospital had to go on backup power just before 2 p.m. after a Con Edison cable outside the main building caught fire.  The hospital has canceled the day's surgery schedule and officials are moving any emergency surgeries to the south site hospital on Seguine Avenue.  Telephones went briefly out of service, but the transition to backup power was otherwise smooth. Power was restored by Monday evening.

Certain neighborhoods in Queens and Brooklyn are also being asked to conserve in order to prevent a similar outage.

There also were scattered outages elsewhere in the city as temperatures hit the 90s in Central Park for a second humid day.

Earlier Monday, Con Ed reduced power to 138,000 homes and businesses in Queens and Brooklyn and asked residents to conserve electricity. The utility said it reduced voltage in those areas by 8 percent to protect equipment while fixing it.