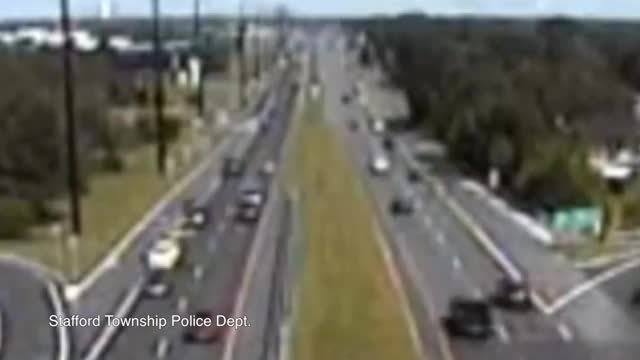 A pilot forced to make an emergency landing in New Jersey miraculously brought the small plane down safely on a busy highway.

STAFFORD TOWNSHIP, New Jersey - A pilot forced to make an emergency landing in New Jersey miraculously brought the small plane down safely on a busy highway.

Video shows the Barbato flying in low above Route 72 near Route 9, rapidly catching up to the cars in front of him.  Dodging power lines and clipping a few road signs, the pilot managed not to damage a single car as he slipped between the two bustling roadways and onto the grassy median.

Coming from a sky-diving school, all six had parachutes -- but bailing from the plane wouldn't have worked out well, Barbato said.  "There was no chance that I was gonna be jumping out of that airplane because once you leave that airplane you have no control over where it goes."

The plane, a single-engine Cessna, suffered minor damage but the pilot was unharmed except for a cut to his arm.  The five passengers were not harmed.