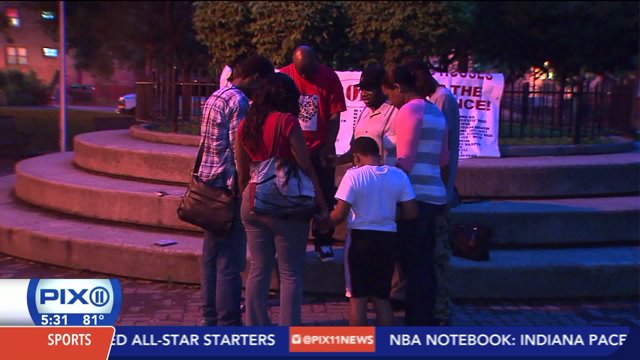 "While we cannot discuss the details of this settlement, and the City has not admitted liability," Comptroller Scott Stringer said in a release, "I believe that we have reached an agreement that acknowledges the tragic nature of Mr. Garner’s death while balancing my office’s fiscal responsibility to the City.”

Garner's family, along with Reverend Al Sharpton will hold a press conference Tuesday morning to emphasize that "money does not establish justice."

A video captured on July 17 showed Garner being stopped because he was selling loose cigarettes. He was held in what appeared to be an illegal chokehold. Eric Garner said “I can’t breathe” 11 times during the ordeal, before he lost consciousness. He was later pronounced dead at the hospital.

Garner’s family filed the claim against the city in October asking for $75 million. In January 2015, the grand jury decided not to indict the officer.

Garner’s family is planning a “Remembrance Day” to honor Garner’s life. They say they are still looking for closure and justice. Garner’s sister Elisha said “it’s been a big struggle, a lot of walking, a lot of talking a lot of flying looking for answers.”

Gwen Carr, Garner’s mother, who has been on the front lines of the family's fight for justice, said: “it’s been a long year. We are still fighting for justice asking the federal government to look into Eric Garner’s case.”

The family will march through Coney Island and end with a party on Friday. On Saturday, they will hold a rally at the U.S. Federal Courthouse Eastern District Cadman Plaza to continue the call for justice in the name of Eric Garner.