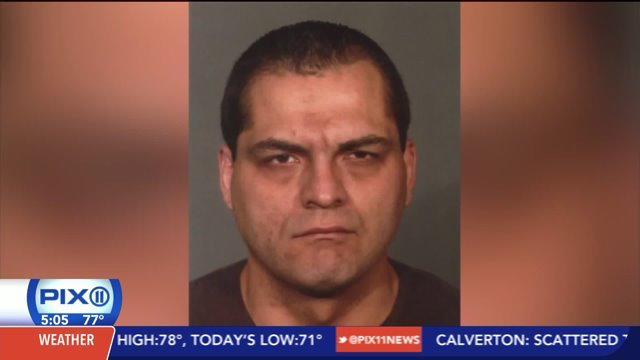 NEW YORK — Police say a man has been passing himself off as one of their own in an attempt to scam business owners out of thousands of dollars by claiming to collect donations for officers' sick children, the NYPD said Thursday.

He could've gotten away without it, too, had it not been for those workers doing their homework.

Police said Richard Gomez, 43, allegedly tried to scam at least three businesses. He identifies himself as Sgt. Russo from the NYPD and asks for a donation for the children of officers, the department said.

Eliana Sevilla, a manager at Salsa Con Fuego, said the suspect sent her an email that raised a red flag.

Gomez then allegedly went a step further, sending her a cancelled check, possibly to show that other donations had been made to his cause. She and her colleague wrote a $1,000 check but before they sent it in, her manager called the precinct to confirm that he really is a police officer.

"Sure enough, there was no Sgt. Russo," Sevilla said.

A spokesman for Caridad Restaurant said they figured out the charity wasn’t legitimate when it was time to the write a check and the suspect told them to make it out to Richard Gomez, not Sgt. David Russo or a business.

Police are searching for Gomez, who is described as standing 5 feet 8 inches tall and weighing about 180 pounds. His photo was released Thursday by NYPD.

Anyone with information in the case is urged to call NYPD's Crime Stoppers Hotline at 800-577-TIPS.