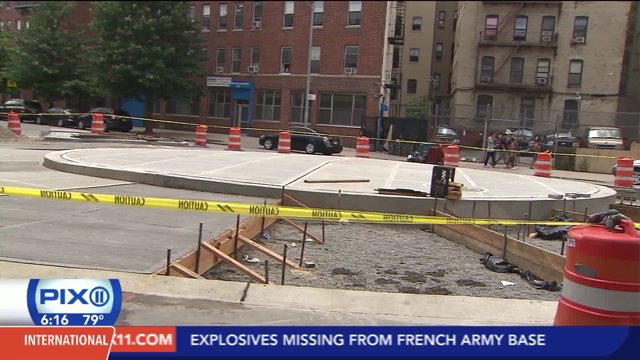 New York City streets have been getting a makeover.

Later this month, crews with the NYC Department of Transportation will complete work on what is being called the first "roundabout" to be installed in the city.

That's a directional device that uses a circular island to guide drivers through the intersection. They're popular in England, New Jersey, and other parts of New York State.

There are no stop signs or traffic signals. Drivers have to yield to pedestrians.

The NYC DOT's Instagram page announced the installation at Intervale Ave and Dawson St in the Bronx.

Neighbors hope it slows down traffic; although some were concerned about the changes to parking spaces.

The city has implemented a number of traffic calming measures, including improvements to crosswalks, medians, and road designs.