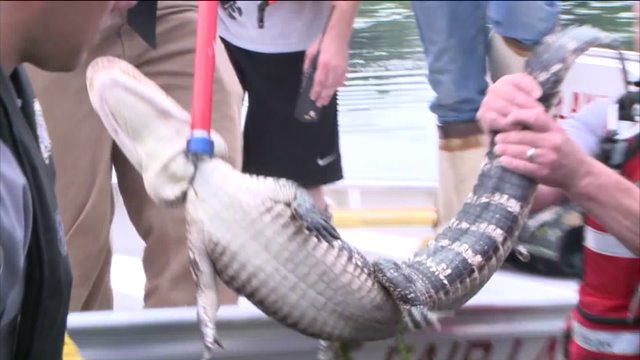 ELMWOOD PARK, New Jersey - A fisherman trolling the Passaic River Wednesday morning called police after spotting a sizable alligator doing a little fishing of its own.

After tracking the animal for two hours, officers from animal control and the Division of Fish and Wildlife finally managed to corral the gator, which is roughly 4 feet long.

"Eventually they snared it and brought it in, it looks like its about four-feet-long the animal looks fine, it doesn't look harmed," said Elmwood Park Police Chief Mike Foligno.  "Just being out on the water and being able to dive down and hide so, it's a challenge for them, but they were successful and they did an outstanding job.

Alligators aren't native to northern New Jersey.  "It looks like it was someone's pet," Foligno said.

One of the officers involved in capturing the alligator told PIX11 he had never seen an alligator in the Passaic during his three decades on the job.