Silvercup Studios is expanding to the Bronx 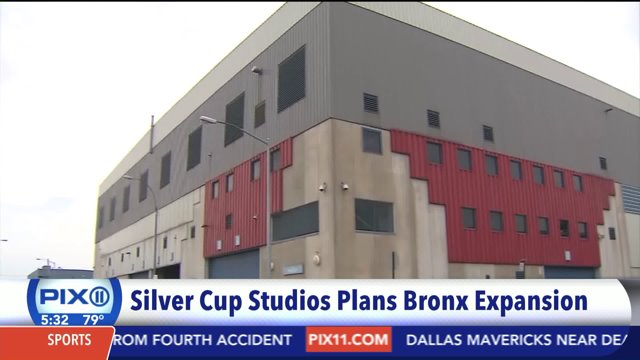 A well-known movie studio is branching out to the Bronx.

PORT MORRIS, the Bronx — Silvercup Studios is expanding with a new complex in the Port Morris section of the Bronx.

The film and TV production company said Monday it will turn an existing warehouse into a $35 million complex.

Silvercup North, slated to open next year, will include shops, offices and other support space in addition to studios.

It's been home to "Sex and the City" and "The Sopranos"; "30 Rock" and "Gossip Girl." Dozens of movies made there include "When Harry Met Sally" and "The Devil Wears Prada."

Silvercup also has hosted music videos for Beyonce and other artists; fashion shoots; and Annie Liebowitz's cover shot for Bruce Springsteen's "Born in the USA" album.