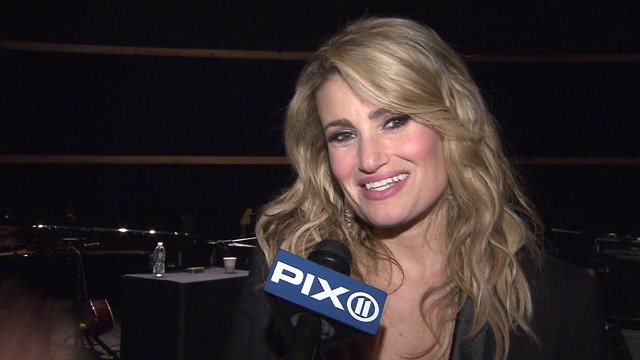 It's a sweet time right now for Idina Menzel.

She's in the middle of her world tour and kicking off the North American leg on Tuesday.

“It's such a celebration to go into these territories and countries that I’ve never been and would never dreamed would know who I was," Menzel said. "And to be able to do that is such an accomplishment.”

It's also the culmination of the sensational success she's had recently.

From the smash Disney hit "Frozen" to the Tony-nominated musical If/Then to her unforgettable Super Bowl performance, Menzel shows no signs of slowing down.

She's bringing that passion along, adding a personal touch to each of her concerts.

“I treat my shows as a chronology, or timeline and stories of who I am and where I’ve been," she explained. "Each song represents a time in my life or something significant for me that I want to share with my audience.”

And she says you can expect a lot of variety.

“Everyone can expect songs from shows I’ve been in but then I always throw in a couple new things," Menzel said. "[And songs] that I’ve been playing with, songs I’ve always wanted to sing that no one would let me sing before, but now I’m just saying screw it I’m going to do that anyways," she laughed.

This award-winning songstress is inspired by a different generation of female singers.

“Barbra Streisand’s obviously one and Joni Mitchell and Annie Lennox and Aretha Franklin," she said. "All for different reasons, vocals, lyrics, [they're just] great performers."

Related: Backstage on Broadway: New 'Hedwig' star Taye Diggs talks about loving his heels, raising his son and making the role his own

And she hopes she can be an inspiration for a new generation through her and her ex-husband, Taye Diggs', musical foundation "A Broader Way."

“We have a camp for young girls from the inner city that we take to a performing arts camp up in the country,” she gushed.

On stage though, Idina Menzel is always keeping things fresh, even showing off a new look.

“I’ve never been blond before, give a girl a break!" she laughed. "Yeah, I’ve gotten propositioned a lot more the last couple weeks, I’m just kidding! I don't know I was just bored."

She will be in the tri-state area for three nights starting on Friday.

You will also have the chance to see her this fall when she tour the U.S. with her show If/Then.