SEE IT: The long-lost WPIX ‘Raiders of the Lost Ark’ promo 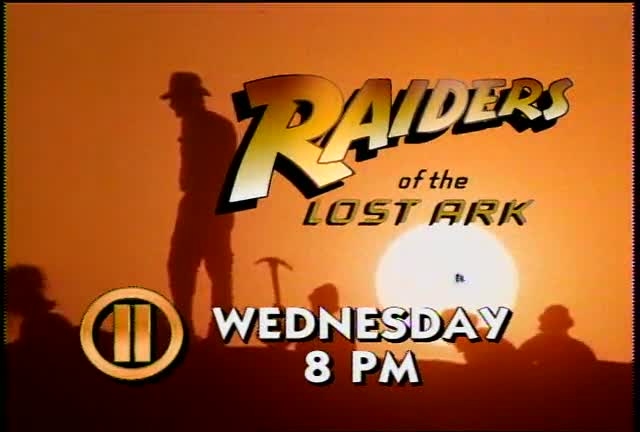 The WPIX Archives has found the ark of the covenant. No seriously, we have.

For years, we have received requests for a promo WPIX ran in the early 1990s for “Raiders of the Lost Ark.” Online, we’ve seen comment threads about the spot, with viewers reciting the lines from memory.

I was sad that the Indiana Jones commercial that they used to play isn’t on this (they wrote lyrics to the them song). I can’t even find that video on YouTube. It was pretty awesome.

Another  fan wrote in response:

The WPIX Indiana Jones song is the best and it is a travesty that it is not online.

The clever promo took the film’s iconic score and gave it the words it never had. The lyrics resonated in viewers' minds for decades, and how could they not? Check them out:

“In his cool hat, his cracks his whip!

He’s got to fight some, evil lunatics!

He’s got to beat them, to save the day!

Chased by natives, chased by rocks!

Jumps the bad guys, on a runaway truck!

Wins a sword fight, without a sword!

In November, WPIX received this email:

“I wasn't sure who I could contact about something like this, but I'm trying to locate a piece of WPIX media.  There was a song that your station used to have in the late 80's/early 90's for Indiana Jones.  It was a promo commercial with improvised lyrics that went over the Indy theme song.  Is there any way to view or obtain this, or point me in the right direction?  I feel like I'm losing my mind since I can't find it online ANYWHERE, and a few other people that I know vaguely remember this as well.”

Here’s another email we received about this promo on Jan. 16:

"I'm looking for a WPIX commercial that was broadcast in the late 80's early 90s regarding a broadcast of Raiders of the Lost Ark.  The commercial was the announcer singing a song over the Indiana Jones theme advertising the WPIX broadcast (on Monday night?) of the movie. If the station doesn't have specific information on this commercial, maybe there is information on who might have helped produce the spot?”

Well, we raided our archives, but they are so big and complex that we almost  gave up looking UNTIL a bold stroke of luck! Rolando Pujol, our digital and social director who also helps oversee the WPIX Archives, reached out PIX11’s Creative Services, the department that creates our promos among other wonderful things.

One of our friends there, Vas Mountzouros,  PIX11's creative director, not only remembered this promo, she was still in touch with the gifted producer who created it many years ago.

And much to our pleasant surprise, the creative mind behind this classic, Kevin Wagner, generously sent the spot along.

The ark has been found!

Thank you Vas and Kevin for your help, and to those who have sought this promo fruitlessly for years, your days in the desert are over. Enjoy, share — and sing along!