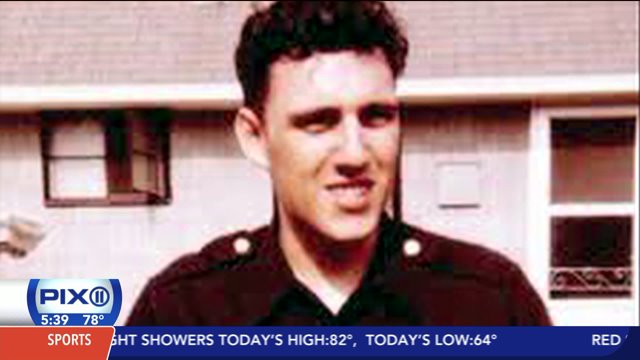 MANHATTAN -- Forty-three years and two months after his father was shot in his NYPD uniform, in a 1972 case that came to be known as the Harlem Mosque incident, Todd Cardillo received the phone call he’s been waiting for for decades.

An official from Police Headquarters notified him in early June that his father, the late Patrolman Phillip Cardillo, will be publicly honored with an NYPD harbor boat dedication on July 14 this year.

“It’s been a long time coming,” Todd Cardillo told PIX11 Investigates by phone, from his home in Palm Coast, Fla. “It’s about remembering him and honoring him for what he gave his life for.”

Todd Cardillo was just 1-year-old when his father died.

Mosque No. 7 was run by Minister Louis Farrakhan, and his Fruit of Islam security teams used to stand guard outside the doors on West 116th Street and Lenox Avenue in Harlem. When several officers from the 28th Precinct ran into the mosque that day, they were met with violent resistance by some mosque members, who said they didn’t want armed patrolmen inside the house of worship.

The patrolmen thought a fellow cop was in danger on the second floor.  Cardillo and other officers were beaten.  Someone shot Cardillo in the torso with his police-issued gun. Phillip Cardillo died six days later from his injuries.

Then-Mayor John Lindsay and former Police Commissioner Patrick Murphy did not attend Cardillo’s department funeral — because of anger at how the case was handled — during a time of great racial tension in New York City and nationally. More than a dozen police officers were assassinated in the 1970’s by radical groups that often referred to police officers as “pigs.”

Cops who responded to the scene on April 14, 1972, found a bleeding Phillip Cardillo on the first floor — and 16 suspects trying to get away in the basement.

“I stopped momentarily and said, ‘Philly, you’re going to be alright,” recalled retired Detective Rudy Andre, who responded to the scene that day. “God’s going to look out for you.”

Rudy Andre was part of the police team that took the suspects into custody, until Minister Farrakhan, Congressman Charles Rangel and former Deputy Commissioner Benjamin Ward showed up. Detectives recalled that Deputy Commissioner Ward ordered all white cops out of the mosque.

The group was released and Congressman Rangel reportedly assured detectives they would show up for questioning at the precinct that evening.

No one ever went to the precinct, and the only person ever prosecuted for the crime — Louis 17X Dupree -- was acquitted in a second trial, after the first trial ended with a hung jury. There had never been much of a crime scene to work with, because mosque members were allowed to mop up the blood.

For years, police colleagues who had worked with Cardillo — along with those who never knew him — worked tirelessly to get public recognition for the young Queens dad who died serving the people of Harlem.

Former Detective Randy Jurgensen wrote a book about the case titled “Circle of Six,” which looked at the six public officials he held most responsible for interfering with the murder investigation — and ruining the case.

The Blue Knights Motorcycle group held annual bike runs that went to Cardillo’s gravesite in Queens and then to his former precinct in Harlem.

The organization worked hard but unsuccessfully to get a street sign with Cardillo’s name outside Harlem’s 28th Precinct. But Community Board 10 in Harlem was not eager to revisit that politically sensitive time in city history.

So, Patrolman Cardillo’s ultimate sacrifice remained without a public honor.

In 2014, PIX11 Investigates traveled to Palm Coast, Fla., where we met Phillip Cardillo’s youngest son, Todd — then 42 years old — along with retired detective Andre, who had responded to the mosque that day in 1972.  Both were losing some hope that Patrolman Cardillo would receive public recognition for his line of duty death.

When we returned, we asked the current Police Commissioner, William Bratton, and Mayor Bill deBlasio, about a formal honor for Patrolman Phillip Cardillo.

Commissioner Bratton responded at the time, “I think within the department, we are perfectly positioned to insure that officer’s memory will be honored.”

Several months ago, PIX11 learned the NYPD was considering naming a police harbor boat in Cardillo’s memory. Before that, Community Board 7 in Queens had already voted to seek a street sign for Cardillo outside the new, NYPD Police Academy in College Point. That would need a full vote before the City Council.

Finally, in early June, Todd Cardillo received a call from Police Headquarters in New York, telling him a brand-new, high-tech boat would be dedicated July 14 in his father’s memory.

“I think it’s a pretty big honor. I’m pretty happy with the NYPD for doing this,” Todd Cardillo told PIX11 by phone. “It’s nice his name will be out there. The boat will be this monster ship -- I think it’s 70-foot long.”

Todd Cardillo loves boats — and the water — so he’s making plans to fly to New York for the ceremony in July.  He long took comfort that generations of NYPD officers knew and respected his father’s name, even if the city had not honored him.

“I’ll always know my dad is known by all the police officers,” Cardillo told PIX11. “It’s not about getting satisfaction. It’s just about keeping his memory alive.”