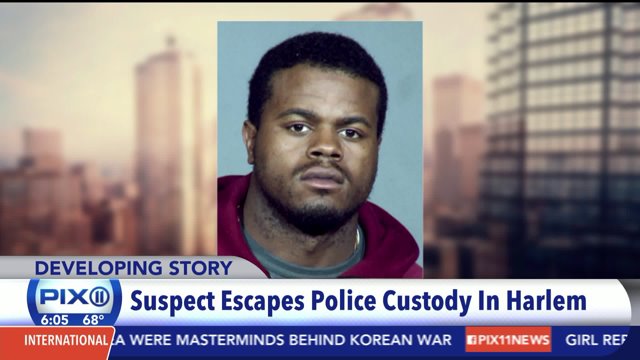 HARLEM, Manhattan-- The NYPD is  urgently looking for a suspect who escaped police custody in Harlem Tuesday night, according to authorities.

Tareek Arnold, 23, while in custody of the NYPD, assaulted a police officer escorting him to Manhattan Central Booking at approximately 7:20 p.m. Tuesday, cops said.

Arnold, who is described by police as having black hair and brown eyes, was last seen fleeing northbound on West 134th Street and Eighth Avenue.

He was last seen wearing gray sneakers, a white T-shirt, gray sweatpants and a grey hooded sweatshirt, cops said. They said he has a tattoos that say "Troll" and "Militant Soldiers."