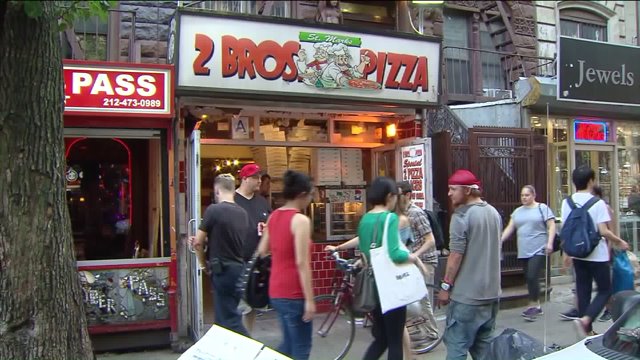 Over a dozen former and current employees of a popular pizza chain are suing the company saying they weren`t justly compensated.

MIDTOWN, Manhattan —Over a dozen former and current employees of a popular pizza chain are suing the company saying they weren't justly compensated.

Adam Slater is the attorney seeking a class action suit against 2 Bros. Pizza.

"This is a class action for workers who have been at 2 Bros. Pizza, all the different locations for the last six years," said Slater. "The allegations are unpaid wages, minimum wage violations, overtime wage violations."

The lawsuit was filed on Friday in Manhattan Southern District Federal Court, he said.

"Two Bros. pays its employees in compliance with city, state and federal law and categorically denies the claims made by the plaintiffs. 2 Bros. is confident that it will prevail on the merits"