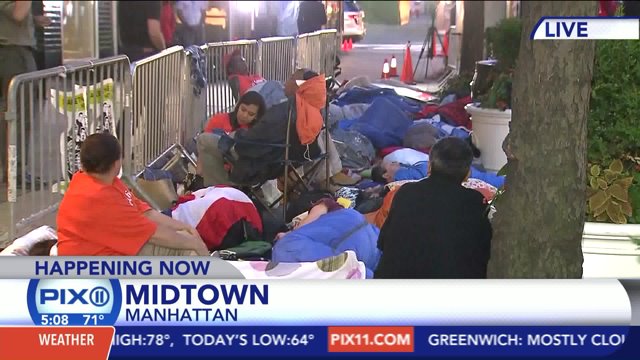 Protesters have a powerful allies with them in the protest-- Brooklyn borough president Eric Adams and several council makers. Many there are sleeping on the streets--to show the growing frustrations that millions of New Yorkers are feeling right now.

Meantime the Mayor and the Attorney General held a joint press conference about busting bad landlord under a new taskforce created to protected tenants of rent stabilized apartments across the city.

One of the first landlords arrested ran a building on Union Street. He allegedly endangered the health of his residents--including a six-year-old girl.

Protesters say they are tired of rents increasing and tired of lawmakers in Albany wasting time.

Millions rely on rent stabilized apartments in New York City and their lives are in limbo.

Now after weeks of rallies and protests-- angry New Yorkers are bringing their struggle to the Governor's door and camping outside his Manhattan office in protest.

The speaker of the New York state assembly says a short-term extension of New York City's regulations remains "a last resort" if lawmakers cannot negotiate a deal to extend the law for a longer period of time.