Domestic violence by cops: A survivor discusses why it’s prevalent and how to prevent it 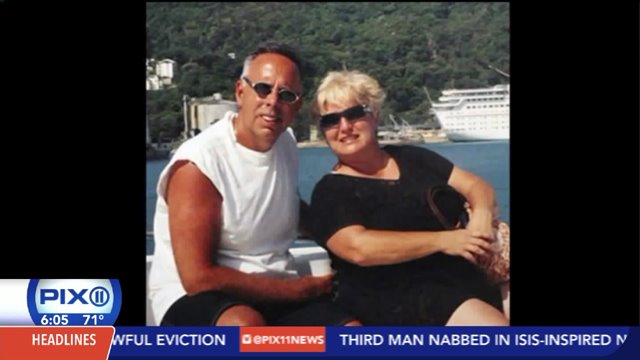 The case of Sgt. Philip Seidle is putting the issue of domestic violence by law enforcement officers into the spotlight.

NEW YORK — Philip Seidle remains in custody after many eyewitnesses saw and recorded on cellphone video the Neptune, New Jersey police sergeant fatally shooting his ex-wife in front of their child.  The case is putting the issue of domestic violence by law enforcement officers into the spotlight.

The occurrence of such abuse can happen significantly more frequently than it does for the general population, and stopping it and, more important, preventing it has unique challenges.

In Seidle's case, on an Asbury Park street on Tuesday, eyewitnesses say that Seidle, who was off-duty at the time, chased down the car his wife Tamara, was driving. Seidle shot her while their seven-year-old daughter watched from the passenger seat.

While responding officers got the girl in the car out, Seidle popped off more shots at his wife, killing her, before turning the gun on himself, and threatening to shoot, prompting 25 minutes of negotiations with him.

"If they had time to take his daughter out of the car," asked Jennifer Joyce, a police domestic violence survivor herself, "Why could they not have [done] anything to stop him."

Joyce's personal experience with domestic violence in a law enforcement family is extensive.  Her mother, Barbara Sheehan, was acquitted of murder four years ago after she fatally shot her retired cop husband, Raymond, following more than two decades of abuse.

"This could have very well been my life," said Joyce, comparing the fatal domestic shooting in Asbury Park with her own upbringing in a violent home.  "This is where it was headed," she said, "as [my father] always threatened, the police would have protected him."  She said that Seidle assumed the same thing and, to a limited extent, got it.

Nonetheless, he's being held in jail on $2-million bail on first degree murder and other felony charges.

Joyce and her brother, who's also named Raymond Sheehan, wrote the book In Bed With The Badge about the hell they went through along with their mother.  Ironically, she's now serving a related five-year prison sentence for using the guns she was acquitted of killing her husband with.  Her daughter says that preventing cases like her family's 24-year hell is key.

"They really need to know the warning signs," she said about women or men who choose to become romantically involved with an armed law enforcement officer. "Get out early enough before it gets to a point where [an abuser] is not going to back off."