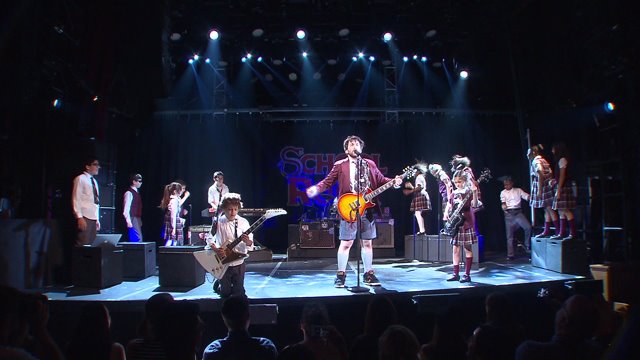 PIX11 News gets a sneak peak of the upcoming musical "School of Rock" composed by Andrew Lloyd Webber based on 2003 movie starring Jack Black.

Class is in session so get ready to rock!

We got a sneak peak of the new Broadway musical "School of Rock" at the Gramercy Theatre.

It's based off the 2003 movie starring Jack Black about a struggling musician who poses as a substitute teacher and turns his elementary school class into a rock band. The show stars Alex Brightman as "Dewey Finn" and features music written by seven-time Tony winner and legendary composer Andrew Lloyd Webber.

"School of Rock" has two more shows at the Gramercy, tonight and tomorrow.

It begins previews at the Winter Garden Theatre on November 2 and officially opens on December 6.

Be sure to stay with Backstage on Broadway to see more from this new rockin' show!