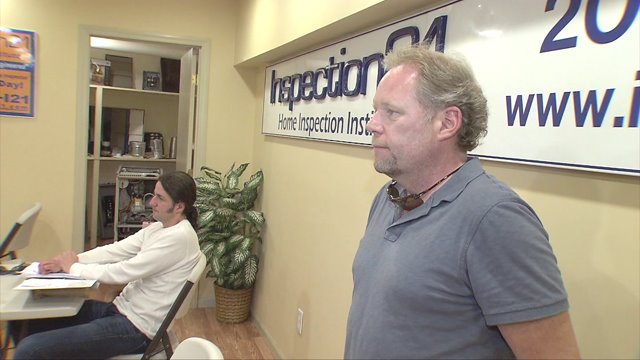 A New Jersey businessman is wondering why the city of Newark isn`t paying debts to him.

NEWARK, N.J. — Mike Fitzpatrick just wants Newark to pay its debt. He’s owed a little more than $5,500 for job training. But despite countless requests to pay the bill the city refuses.

“We’re a small business. It’s a big number in our world. That is you know that’s a year’s worth of electrical bills for me, you know?”

Yes, we know, Mike.  That’s why we got involved to try to help.

Mike owns Inspection 21, a school for training home inspectors.  He has three New Jersey locations including the one we visited in Paramus. For the past 4 years he’s been trying to collect his money for training two guys referred through the City of Newark.

One dropped out and is only covered for partial payment. The other completed the course and now is working as a licensed inspector.

But the City of Newark doesn’t want to acknowledge the facts. In response to our initial contact, the city said the licensed inspector hadn’t completed training.  It also claimed Mike never filed the necessary paper work.

In fact, he’s filed it multiple times. I even went over to City Hall with him once to file again.

So we sent Newark a point by point response, showing why there position is erroneous.

We couldn’t believe the response.  All of a sudden the city had a new argument.  It said the grant covering the training programs had expired. So too bad.  Tough luck. Mike can’t get paid for the work he did because the city delayed so long.

Honestly, this stinks. We don’t know why Newark insists on acting like a deadbeat who makes every excuse imaginable to avoid paying a debt.  Mike thinks there are political shenanigans going on. We’ll keep poking around and let you what we find.