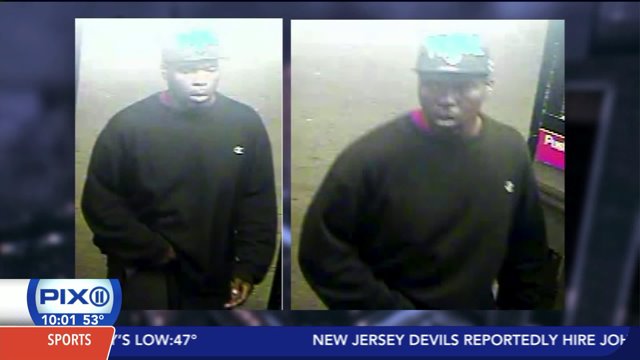 A 32-year-old Brooklyn man has been charged in the brutal attack of a Swedish tourist during Monday`s rush hour, police said.

BROOKLYN - A 32-year-old Brooklyn man has been charged in the brutal attack of a Swedish tourist during Monday's rush hour, police said.

Police at the 75th Precinct in Brooklyn arrested Don Carter of Brooklyn Tuesday evening. Carter was slapped with a slew of charges including attempted murder and menacing.

The 29-year-old Swedish woman, who was heading back to JFK airport with her father to go home, was on a crowded Far Rockaway-bound A train when the attack happened around 6:15 p.m.  Carter didn't say a word before walking up behind her with a sharp object and cutting her across the neck before running off the train at Euclid Avenue and Pitken Avenue station.

The woman was treated at Jamaica Hospital and released.

The apparently random attack comes during a troubling rise in violent crime in New York City -- one of the safest big cities in the world.

"There has been obviously an uptick in homicides and shootings," Mayor de Blasio said Tuesday at a press conference to address the latest crime statistics.  "There is no more important priority for me than public safety, and every day I review the numbers, and every day we're working with the NYPD to make sure our strategies and our deployments are having the maximum impact."

Through the end of May this year there were 98 people killed by guns -- that's up from 69 in the same period the last two years.

De Blasio added that "we know for sure" the increase has been largely isolated to a "small number of precincts," and primarily stems from gang- or crew-related conflicts.  That type of violence may not alter visitors' perceptions of New York City as a safe destination, but the random slashing of a Swedish tourist may prove more troubling for the mayor.

De Blasio, who has worked to curtail stop-and-risk tactics by the NYPD, is still trying to mend relations with the department.  After two officers were executed by a gunman in Brooklyn, thousands of officers publicly turned their backs on the mayor as he walked into the NYPD funeral.