Plane has close call with drone above Prospect Park: FAA 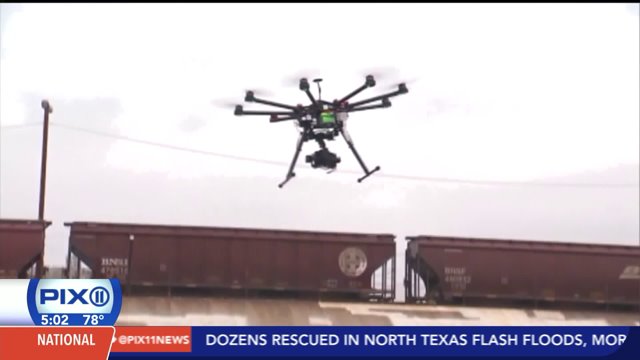 It happened about 11 a.m. while Shuttle America Flight 2708 was making its final approach toward the runway, according to the FAA. The pilot was forced to climb 200 feet to avoid hitting the drone.

The flight crew on board the Embraer E170 told investigators the unmanned aircraft was flying at an altitude of about 2,700 feet near Brooklyn’s Prospect Park.

Earlier Friday, the FAA announced at least five plans flying above Long Island had been hit with green lasers the night before, a federal offense that could temporarily blind a pilot and plane crew, making it impossible to safely land the aircraft.

An investigation is underway, the FAA said.

Senator Charles Schumer, who has called to called for federal action in January after a drone interfered with a landing plane at Westchester County Airport, said:  "The government should use its authorities to do what I asked months ago, ban these green lasers," said Schumer.  "In the last year, there were 40 lasers shined into planes at LaGuardia Airport. 19 laser strikes at JFK and 28 laser strikes at Newark. The majority of those laser strikes were by green lasers."

Former pilot J.P. Tristani told PIX11 News, “the laser striking the window is a flashbulb effect and that causes a big problem. Flash can cause eye injury and of course destroy the focus of the pilot when they’re flying the aircraft."

Tristani also added that drones, "could cause the pilot to break off from a landing or ruin their focus.”