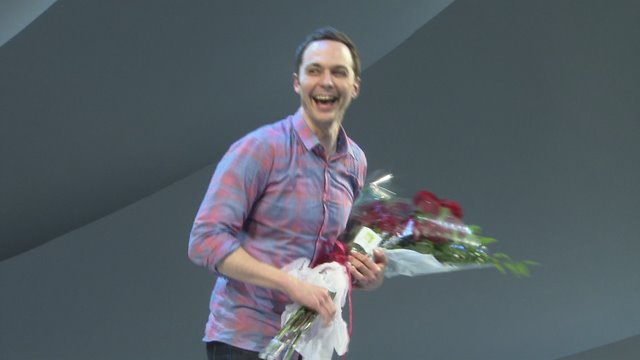 Jim Parsons, known for his role on The Big Bang Theory, opened his new play An Act of God on Broadway last night.

The comedy is written by David Javerbaum, a former executive producer for The Daily Show.

It's currently playing at Studio 54 with a limited run through August 2nd.

Be sure to tune in Thursday, June 11th for an entire story featured on Backstage on Broadway