An escape from the Internet Goliaths? NYC Mesh decentralizes the network 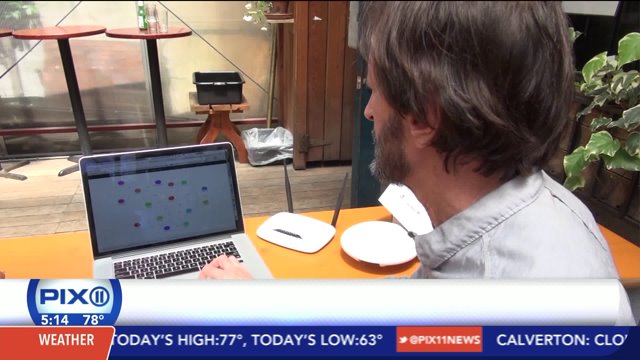 What if there was a way you didn`t have to worry about slow downloads or dealing with customer service when it comes to your Internet provider?

NEW YORK - What if there was a way you didn't have to worry about slow downloads or dealing with customer service when it comes to your Internet provider?

We've probably all wished for something like that, but it could never happen right?  Well the group NYC Mesh says if their network is successful, one day we all might be able to say goodbye to our Internet Service Providers.

"Basically it's a decentralized network, that's basically the same as the Internet, but not," said Daniel Grinkevich.

You can access the Internet if you want, but NYC Mesh also allows users to host their own content on an independent network.

"And eventually break free of the telecoms and have our own network that's reliable," said Grinkevich.

So how does it work?

First, it depends on everyone buying in.  Mesh members put a modified router in their homes that allows the signal to bounce from one computer to the next.

"These routers, even though they're cheap, they're very fast, so you can communicate very fast across the mesh," said Brian Hall.

Each router needs to be line of site to the next one for the signal to operate independently of the Internet.

But once their linked you have a small community of people creating unique sites that only they can see.

"The ultimate goal is to be peer to peer and not rely on the Internet as a backbone between users," said Grinkevich.

If users are connected to an Internet provider like Time Warner cable or Verizon, then the mesh also serves as a safety net incase you lose your connection.

"And say if somebody else had another provider you could use their internet for the time being and you could still get to do whatever you need to do."

The idea has already been successful in places like the Red Hook Initiative after hurricane Sandy.

"People congregated there after the hurricane when there were blackouts and no Internet, but their WiFi was still working," said Hall.

And if enough people buy into the system, the guys at mesh hope one day we can all avoid those dreaded phone calls with customer service.