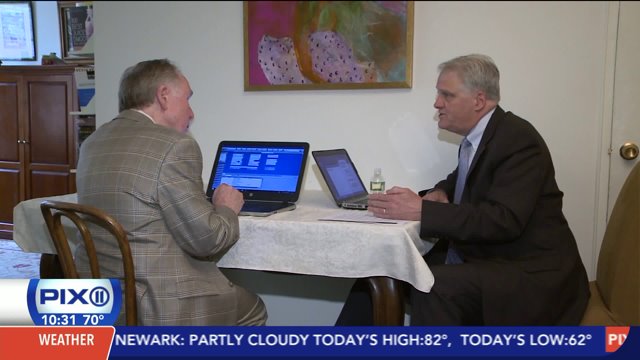 NEW YORK -- Hospital stays, doctor visits, procedures, tests.  It all adds up, and not even insurance can protect some from falling into debt.

Craig Antico and Jerry Ashton want to help.  They’re former medical debt collectors with years of experience.  Now, instead of hounding people to pay up, they’re absolving complete strangers of their bills through the non-profit they recently launched called RIP Medical Debt.

“We go to the hospital, and offer them a penny on the dollar for any of their accounts that are under two times the poverty level, or the people who are spending 5 percent of their income, or more, on their medical bills,” explained Antico, the non-profit’s CEO.

“We take it off their hands.  But instead of going to a collection agency, instead of creating a series of phone calls, it’s gone,” added Ashton, RIP Medical Debt’s Executive Vice President.

Some 43 million American have delinquent medical debt on their credit reports, according to the Consumer Financial Protection Bureau.

It’s not just people who are resource challenged.  It’s people who could have a lot of income then all of a sudden are hit by an illness and now  they’ve got to pay, and a lot of the times, they’re taking it out of their savings,” said Antico.

Antico and Ashton are going into their savings too, using their own money along with whatever they’re raising from their crowd funding campaign to make a dent in lots of debt.  Since the beginning of May, they’ve paid off just under $50,000 worth of medical bills.

“We have a mighty goal.  We intend to raise $14.4 million in order to abolish $1-billion worth of personal medical debt.

The people being helped have no clue until they receive a letter informing them their debt has been eradicated.

“They’ll say ‘Thank you so much.  It really made a difference,’” said Antico.  “We just want to give back.  It’s plain and simple.”