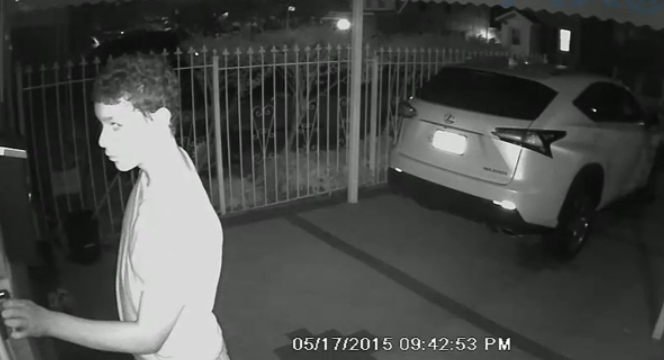 Police are looking for a brazen young man who allegedly tried to steal a Lexus from the same Bronx residence a second time.

The thief, who appears to be between 16 to 18 years old, entered the home on Ely Avenue through the front door on the evening of May 17 and took the keys to a 2015 Lexus, cops said. He drove off, but the car was recovered the next day, according to the NYPD.

The next day, the baby-faced burglar -- who still had the keys -- returned the home and tried to steal the luxury ride again, but ran away after a neighbor confronted him, police said.

He was last seen wearing a light-colored shirt, dark-colored jeans and black sneakers.