Suspect in horrifying D.C. quadruple homicide may be in Brooklyn 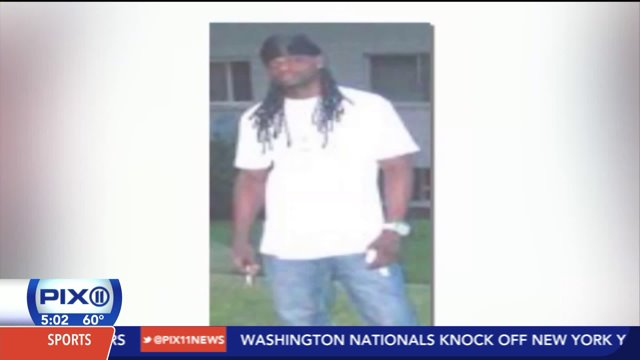 (PIX11/CNN) -- Authorities are questioning a woman believed to be the girlfriend of the DC murder suspect Daron Dylon Wint, according to two law enforcement sources involved in the investigation.

The sources said, the girlfriend, who lives in Brooklyn, told authorities that she spoke to Wint and that he was planning on turning himself in.  So far, Wint remains at large and the girlfriend is still being questioned by U.S. Marshals and NYPD detectives at a Brooklyn precinct, sources added.

Daron Dylon Wint, a suspect in the vicious murders of a D.C. family and their housekeeper, may be in Brooklyn, police officials said Thursday.

"Just about every law enforcement across the country is aware of his open warrant and are looking for him," Metropolitan Police Chief Cathy Lanier said in a noon news conference.

"It'll be much easier if he turns himself in."

The bodies of four people were found May 14 in the charred, burned-out remains of a mansion in the nation's capital. The victims were identified as Amy Savopoulos, 47; her husband Savvas, 46; their 10-year-old son Philip; and the family's housekeeper Veralicia Figueroa.

Authorities believe the fire was intentionally set in the mansion where the slain bodies were found.

"This was not random," she said of the heinous killings.

Interviews and searches of "several locations" in Prince George's County, Maryland, led police to believe Wint may be in Brooklyn, Lanier said.

A source with knowledge of the investigation said Wint was fingered as the suspect after his DNA was found on the crust of a Domino's pizza -- one of two pizzas delivered to the victims' home as the family was help captive inside.

Lanier on Thursday said she would not comment on any evidence in the case.

"There is a lot of inaccurate information getting leaked to the media," she said without elaborating.

There is no vehicle information associated with Wint, Lanier said, adding that he may be connected "possibly to a bus."

Photos and video, embedded above, of Wint have been widely circulated. Anyone who sees him is urged not to make contact, but instead to call 911.

The U.S. Marshals and the New York Police Department have been assisting in the manhunt, a source told CNN.

Lanier said she could not confirm whether anyone else was involved in the slayings.