$2.75M wrongful conviction payment may not be enough as exoneree struggles to adjust to real world 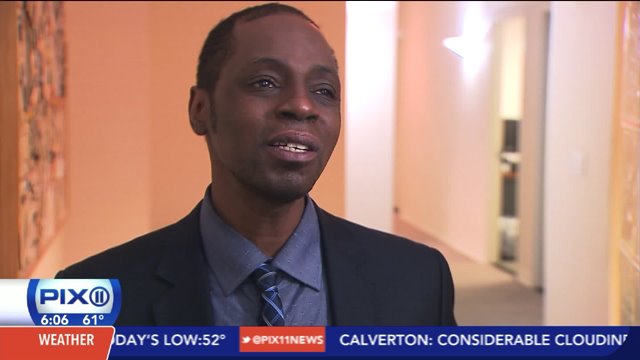 Wednesday was a $2.75 million payday for a man from Rockaway, Queens, but it was not a happy occasion by any means.

(PIX11)-- Wednesday was a $2.75 million payday for a man from Rockaway, Queens, but it was not a happy occasion by any means.

A judge officially declared that amount was owed to Kareem Bellamy, 48, as compensation for his being convicted and incarcerated for 16 years for a murder that he did not commit. It was the latest in a long series of such cases in New York which has exonerees like Bellamy, advocates for the wrongfully convicted and some people in the legal profession saying that there's a notable flaw in the criminal justice system.

Even though he'd just been told that he was going receive a healthy seven-figure compensation check, Bellamy told PIX11 News that while he welcomed the money, what it was meant to compensate for is priceless.

In 1995, Bellamy proclaimed his innocence in court while on trial for the murder of James Abbott Jr.

Two men had been seen stabbing Abbott on a busy boulevard in Far Rockaway during a daytime attack, but witnesses who were later proven to have been compensated to testify against Bellamy convinced a jury that he had done the crime, even though he was at home, blocks away, at the time of the murder.

Bellamy had to be carried out of the courtroom, weeping, after a jury, whose members were also in tears, found him guilty and sent him to prison two decades ago.

After 16 years in custody, Bellamy was exonerated, but his pain and difficulty were by no means over.

"Getting out is the least of your problems," Bellamy told PIX11 News.

After 16 years of not being present for his three children, not being able to show any emotion while behind bars and other problems of deprivation, he said the desolation continued after the charges were dropped against him.

"You go through psychological trauma," he said.

He is at least not alone, tragically and ironically, in having experienced a wrongful conviction, exoneration and subsequent feelings of depravity. In the last five years alone, New York has seen 59 people get exonerated. Nearly all of the cases were in New York City.

Jeffrey Deskovic, an advocate for the exonerated, told PIX11 News that in addition to reducing the number of wrongful convictions, the state of New York needs to work to speed up the process in which wrongfully convicted people are compensated.

"You took less than a year to wrongfully convict him, why so long to exonerate him?" Deskovic asked.

Deskovic was wrongfully convicted of a rape and murder, and served 16 years before being released.

He's been awarded millions in compensation, but Deskovic has used a generous portion of his money to create a foundation that helps people like Bellamy cope, since has no program in place to help.

"They don't provide anything," said Deskovic. "They throw you out, and it's survive as best you can."

Deskovic's foundation, called the Jeffrey Deskovic Foundation for Justice, provides housing, training in finding employment, medical referrals and many other services for exonerees.  But for every person that Deskovic's Foundation can help, dozens nationwide go with no assistance.

The attorney who initially took on Bellamy's case pro bono said that his client's situation is indicative of a problem far larger than those of Bellamy, which are many.  The lawyer, Thomas Hoffman, said that he's concerned that the criminal justice system too often promotes a mindset of winning a case by any means necessary, which can in turn lead to injustice.

In the specific case that just won a $2.75 million settlement, Hoffman said, "You had a lot of people who knew better," referring to prosecutors, "who did not go the right way."

By contrast, the lawyer said, his client's integrity led to his award.

"Kareem Bellamy went the right way," said Hoffman. "He chose to stand up for the truth. That's what this case is about."