Who is Brandon Bostian, the Amtrak engineer who changed his Facebook pic to a black square? 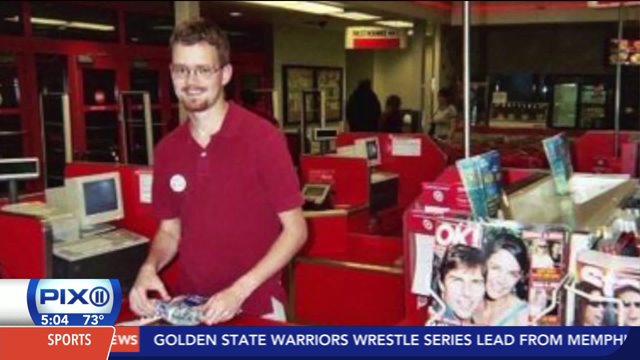 More information is emerging about the man controlling the speed of Amtrak train 188.

FOREST HILLS, Queens (PIX11) - Within hours of his release from a Philadelphia hospital—where he was treated for a concussion—Brandon Bostian, the engineer of the Amtrak train that derailed near Philadelphia, had removed his profile photo from Facebook.  In its place, a black square.

As Bostian’s past is being examined by federal officials—and the media—the 32-year old native of Memphis, Tennessee finds himself under a microscope.

Bostian did leave his cover photo intact on Facebook—a picture of the 71st/Continental Avenue subway station in Forest Hills, Queens.

Bostian has been living in Queens and often used this station to commute to his Amtrak job.

At one time, he worked at the yards in Sunnyside.

The Northeast Regional train he took the controls of Tuesday night originated in Washington, D.C.  and was heading for Boston, before derailing near Philadelphia.

Eight people were killed, when the locomotive and seven passenger cars left the rails, as Amtrak train # 188 was racing around a curve at a speed of 106 miles per hour.

The speed limit at that location was supposed to be 50 miles per hour.

Bostian’s lawyer, Robert Goggin, told ABC News Thursday morning that his client was “distraught” when he learned of the devastation—and his last memory, before the crash, was of coming to the curve Tuesday night.

Investigators with the National Transportation Safety Board said data from the train revealed Bostian hit the emergency brakes just seconds before the derailment.

Goggin said the engineer remembered coming to, grabbing his cell phone from his bag, and calling 911 for help.

After Bostian’s release from a Philadelphia hospital, he was taken to the Police Department.

Bostian gave a blood sample but declined to make a formal statement and asked for a lawyer.

Bostian is the son of two, Memphis attorneys.

Friends from his hometown near Memphis told London’s Daily Mail that Bostian was obsessed with trains and grew up wanting to be an engineer.

He was a good student and had an impressive, academic background.

Bostian attended the University of Missouri-Columba, graduating from the College of Business in 2006.

That same year he was hired by Amtrak as a conductor.

He spent four years in the conductor’s position, before getting the engineer’s job, which allowed him to take the controls of Amtrak trains.

Some critics on Twitter tried to portray Bostian as a “diversity hire” for Amtrak—because he had been involved in gay causes, speaking out on the subject of gay marriage.

Yet Bostian’s Facebook page was flooded with words of support in the last couple of days from friends and colleagues, and one message, in particular, stood out.

“Hold your head up.  What you know about yourself and those of us that know you is more important than anything being said in the media.  Every day we hold lives in your hands—99.9% of the time it goes unappreciated and taken for granted.  Yes, it happened to you but it could have been any one of us and you are not alone.”