Backstage on Broadway: Stars of ‘Hand to God’ credit new play for turning their lives around 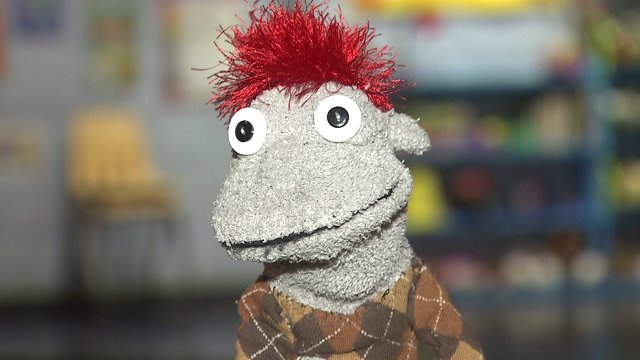 In this week`s Backstage on Broadway, PIX11 News sits down with the stars of the hit new play "Hand to God" about how the show changed their lives and what they look forward to at the Tony Awards.

“I like when I beat the shit out of the kid!” Tyrone said.

This is not your typical puppet.

“Sometimes they [the audience] throws change, which I pick up but it is a little insulting,” he said.

His name is Tyrone and he's the pint-size villain making a big mark on Broadway.

“I want you to stop stepping on my laughs and just stay out of my light," he said to his co-star. "You’re doing a good job."

He stars alongside Geneva Carr in the new dark comedy Hand to God.

“A lot of the scenes are graphic,” Carr laughed.

It's raunchy, it's religious and it's ridiculously funny.

“People like pee their pants laughing," Steven Boyer explained. "I’ve never heard this kind of fits of laughter coming from the audience.”

Steven Boyer takes on the role of the son, a boyish, innocent teenager.

It's a stark contrast from his other half.

“He’s uh, the puppet I mean, ah it really feels like a separate person,” he laughed. "It’s like from my shoulder down to the tips of my fingers is a total other human being.”

It's a unique skill he learned on the job.

“When I first read this script I was like Rob Askins [the playwright] is asking me to do something that I don’t know if anyone has actually been given this task,” he remembered.

Both actors have been with the show since the beginning.

A four-year journey they hold dear to their hearts.

“It’s been a hard road I’ve spent the last 14 years, much of it unemployed, scraping and just trying to pay the rent,” Boyer said. “I feel like I’m dreaming every day.”

“Before the theater, I mean what was I? I was a banker," Carr said, trying to hold back her emotion. "I went to college in Paris and I became an actor because I saw a play at EST [Ensemble Studio Theatre].”

The same theater Hand to God was first introduced.

But it's also brought Carr happiness of the stage.

“I met this amazing guy on OkCupid,” she smiled. “And he came to see me at Hand to God at MCC [Theatre] and he could not believe it, he was utterly in shock and he proposed within weeks!”

While this comedy's created opportunity and a lot of laughs, it also leaves audiences thinking about a deeper issue.

“It’s about a mother and a son dealing with the death of his father, her husband, and they go to the church to find comfort,” Carr said.

And with the Tony Awards just a few weeks away, these first-time nominees can barely contain their excitement.

“I’m hoping not to pass out,” Boyer laughed. “There’s really nothing more at this point that we can do besides do the best show every night we can do and what happens, happens."

"[I need to] find a good dress," Carr simply said.

But, not everyone is happy for them.

“It’s bullshit, because I play two roles, I play me and the kid,” Tyrone said. “Can we finally make this a meritocracy, this is just crap.”

Hand to God is currently playing at the Booth Theatre.