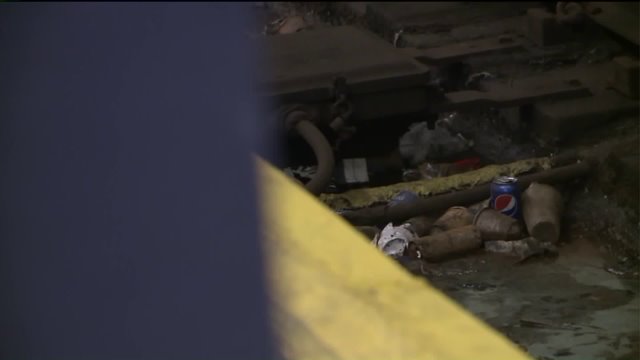 NEW YORK (PIX11) --  "Our subway tracks are overrun with rats and cluttered garbage because the mta has failed to clean them properly," said New York City Comptroller Scott Stringer.

A scathing audit compiled by his office blames the MTA for rundown subway stations, peeling paint, piling high with trash and scurrying rats at nearly every turn.

Stringer analyzed MTA cleaning records from July 2013 to June 2014 and found a startling 97% of the time tracks are not cleaned on a schedule.

And despite owning specialized trains that are supposed to vacuum garbage off of tracks, Stringer says one was out of service for 311 out of 365 days.

"The MTA is constantly reminding riders to clean up after themselves but their setting a poor example by letting piles of disgusting trash pile up for months on end," Stringer said.

Auditors swept across dozens of stations across the city, finding month to month, trash multiplied instead of disappearing, evident in photos at Atlantic Avenue-Barclays Station, at Spring Street, at 125th Street, Bleeker Street and 14th and 8th.

Garbage was left behind even after the vacuum train passed over, clearly not doing the job it was meant to.

In response, the MTA says their budgets to improve cleanliness was recently increased and additionally they were approved for a $23 million contract for three new vacuum trains.

The hope is this will address some issues pointed out in the Comptroller's report.