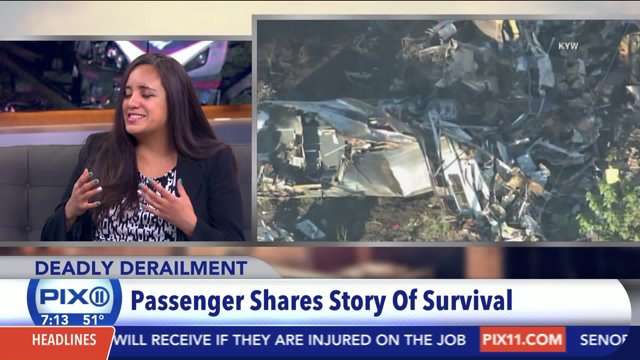 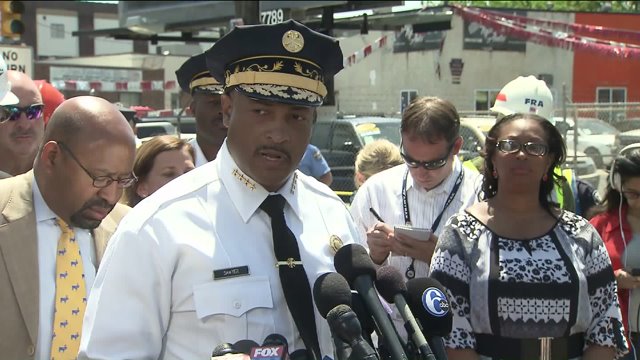 PHILADELPHIA (PIX11) -- The body of an eighth victim was found Thursday amid wreckage at the site where an Amtrak train carrying 243 souls derailed in Philadelphia two days prior, the city's fire commissioner said.

Emergency crews received a call about 8 a.m. to bring in a cadaver dog to the site. The dog "hit on a few spots" near where the train's first car landed, gnarled and nearly unrecognizable, and that's where responders pulled a body from the debris, Commissioner Derrick Sawyer announced in a noon news conference.

As the death toll grew, other passengers who experienced the terrifying derailment that sent all seven train cars off the tracks Tuesday night continued to fight for their lives and begin what could be a long road to recovery.

Amtrak Northeast Regional Train 188 was traveling from Washington, D.C., to New York when it derailed shortly after it left Philadelphia.

Eight patients who were on board the train remained in critical condition Thursday morning. Sixteen patients were still hospitalized Temple University Hospital, the closest trauma center to the crash site. That's down from 23 patients the day before, Dr. Herbert Cushing, chief medical officer at the hospital, said in a 9 a.m. news conference.

Some 43 patients in total are being treated at multiple hospitals, Philadelphia Mayor Michael Nutter said.

The eight patients in critical condition range in age from 19 to 80, Cushing said. Most of their injuries were severe and inflicted on their rib cage and chest due to people and luggage being "hurled violenty" around the train cabin as it flew off the tracks going more than 100 mph on a 50-mph curve, Cushing said.

A passenger from Brooklyn recalled the experience to PIX11 News, saying fellow riders were being tossed around the cabin and landing hard on those around them, including herself.

The most significant injuries were suffered by those in the front of the train, Cushing said.

He said it was likely "a couple more surgeries" will be performed Thursday. He expects all patients to recover physically but predicts they'll need "extensive" psychological treatment. All the patients have been identified and their families and home countries have been notified, he said, revealing that one passenger is from Spain and some have connections to India, Britain and Albania.

Among the eight people killed in the Tuesday night derailment were women and men from New York and New Jersey, including a mother and tech CEO, a 20-year-old Navy midshipman on leave from the academy, and an Associated Press video software architect who once won the company's "Geek of the Month" award.

Train 188 was carrying 238 passengers and five crew members at the end of another workday. As of Thursday, everyone believed to be on board the doomed train had been accounted for, Nutter said.

Amtrak's Northeast Corridor, which runs between Washington and Boston, is North America's busiest railroad, with 11.6 million riders in fiscal year 2014. Every day, trains reaching speeds between 125 mph and 150 mph carry government officials, college students, people getting away for the weekend and corporate commuters along 363 miles of track.

Service between New York and Philadelphia has been cancelled for the remainder of the week but could resume by Monday or Tuesday, an agency spokesman said.