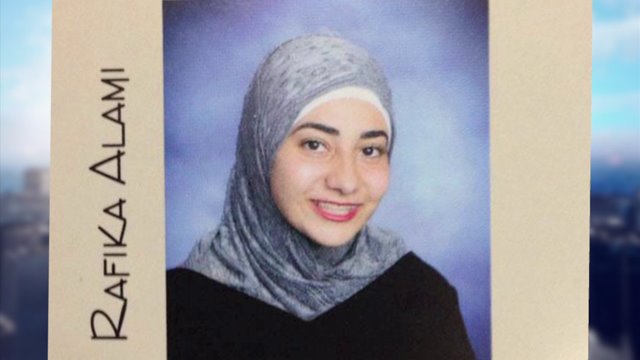 (PIX11) -- A California high school senior's sassy and confident yearbook quote has gone viral and is getting her loads of attention on social media.

For all y'all wondering why everyone's freaking out over my senior quote 😇 pic.twitter.com/jUwYpIdxAD

Rafika Alami, 17, had "Only reason I wear this is to give you females a chance," printed under her portrait in the Summit High School yearbook. The image was quickly shared hundreds of thousands of times on Tumblr and Twitter.

Alami told BuzzFeed she did it because she thought it was funny, and didn't expect all the attention. "I’m getting a lot of ‘slay’ and ‘G.O.A.T’ comments [ed.: ‘Greatest Of All Time’],” she told the website. “There are a very small handful of people saying I’m putting girls down but I’m really not.”

Alami said the attention she is receiving also brought out some racist trolls, but the reaction has been overwhelmingly positive.