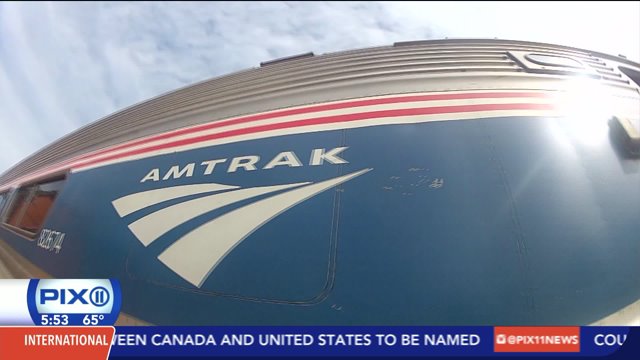 NEW YORK (PIX11) --   When you consider that Amtrak carries more people between Boston and New York than all the airlines combined, you may wonder why the railroad has such a hard time getting federal money for safety improvements on its tracks and other infrastructure.

The short answer is this:  American politicians have long given priority to highways over railroads, when it comes to voting on transportation money.

Even after the fatal derailment that killed seven passengers near Philadelphia Tuesday night, members of the House Appropriations Committee voted down efforts to increase funding for Amtrak, known as America’s Railroad.

This enraged Rep. Steven Israel, a Democrat representing Long Island, who fumed that lawmakers cared more about funding special interests than the safety interests of those that had perished on board Amtrak No. 188 Tuesday night.

The White House complained that fiscal conservatives in Congress want to cut Amtrak funding by nearly a quarter billion dollars.

“The infrastructure is crumbling,” Maloney said.  “The Northeast Corridor is the most heavily trafficked rail system in the country.  Also, the oldest.”

There are 453 miles of track between Boston and Washington D.C. on the Northeast Corridor, which carries 12 million passengers a year.

Amtrak was founded in 1971 as a for-profit corporation that would run the nation’s passenger railroad system.

The United States president appoints a board of nine members.

Amtrak has always relied on federal subsidies to survive, and in 2002, it was on the brink of bankruptcy.  At that time, its debt was about four billion dollars.

But Amtrak has rallied in the past decade, with vastly increased ridership, and its debt has been cut in half to two billion dollars.

On Feb.  7 of this year, Vice President Joe Biden joined Amtrak officials and management from Siemens Corp. to announce the use of 70, new “advanced technology” electric locomotives for the Northeast Corridor.

Amtrak called it a new era of mobility for the railroad.

Amtrak also has a $151 billion dollar Northeast Corridor plan, with a goal of cutting travel times in half by 2040 -- with a trip between New York and Washington slated to take 94 minutes, just over an hour and a half.

The initial finding by the NTSB Tuesday showed Amtrak No. 188 was traveling around a curve at a speed of 106 miles per hour, more than double the speed allowed for that stretch of track near Philadelphia.

In the days to come, every detail about the minutes leading up to the derailment will be examined.

So far, this year, Amtrak has logged nine derailments in its system.

And even though speed is thought to be a significant factor in the crash, more debate will continue about the way America funds its railroads.

Consider the way the U.S. takes care of its railroads, compared to China.

This year, the Chinese government will earmark $128 million dollars for its railroad system.