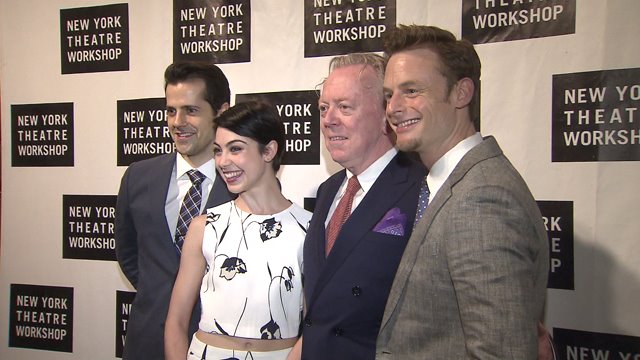 Bob Crowley is currently represented on Broadway with Disney’s Aladdin, An American in Paris, The Audience and Skylight. He is the recipient of four 2015 Tony Award Nominations for his work on Skylight, The Audience, and An American in Paris; in addition to being a six-time Tony Award Winner for designing the Broadway productions of Carousel, Aida, The History Boys, Mary Poppins, The Coast of Utopia, and Once. He has designed many productions for The National Theatre and the Royal Shakespeare Company, including The Plantagenets, for which he won an Olivier Award.

The NYTW Annual Spring Gala raises nearly 10% of the Off-Broadway company’s annual budget. Funds raised at this one-night only event help NYTW to mount four world class productions each season and to share them with more than 40,000 audience members. Proceeds also support NYTW’s Artist Workshop activities through which nearly 2,000 artists develop more than 80 projects each year and their Education Initiatives including Learning Workshop, Mind the Gap, and Public Programs that serve over 1,600 students of all ages.