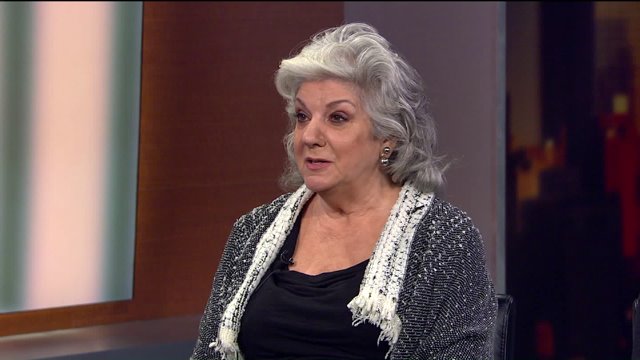 PIX11`s Sukanya Krishnan sits down with two kids and the filmmaker helping shed light on the millions of kids affected when a parents goes to prison.

They are the victims you usually don’t hear about. Kids who are left behind when their parent(s) get sent to jail or prison. Turns out, they wind up paying for their parent’s crime in a big way. I sat down with two of those children and the filmmaker who is sharing their story in hopes of bringing attention to the millions of children whose parents are behind bars.

Losing a parent for any length of time is difficult: separation, divorce, illness, military deployment.  The absence of a loved one affects kids in a number of ways  but when a parent is  in jail, his or her child also pays a hefty price.  A documentary called "The Word is Love", is trying to break this cycle.  For 10 years, it followed 10 young kids whose parents are incarcerated.  We invited the filmmaker to our studio along with two of the kids in the film, now adults. Their message is powerful and really shines a light on kids who carry a big burden.

"The day my mother went to jail I didn’t know," Crystal Soltero said in a documentary interview. "My sister told me the next day and I just started crying and crying. I couldn’t stop."

Crystal Soltero was two years old when her dad was sentenced to 28 years for murder.

"When you went to school how did you feel?," I asked Soltero. "It was very hard because I didn’t understand why. Why we had to go through the metal detectors, why we had to wear specific clothes, why we couldn’t hug."

For the last 23 years she grew up visiting her father in prison.
"It hurts that he is not there with us and now that I have a son he’s not there to see my son"

Luis Cardenas, Crystal's step brother wasn't even born yet. But the only man he calls dad has been in prison all his life.

"When I was a child I didn’t understand much," Cardenas said. "I had to go through a scan and get the black mark on me, we would visit  for a couple of hours."

Crystal and Luis are among the millions of young people who grow up with a parent in prison. And though their scars are not visible from the outside, the documentary "The Word is Love" (release date is TBD) shows us how they have suffered for their parent's crime.

"When my father got incarcerated I was too young to be mad," Soltero explained. "But as I got older I was just mad in general because he is in there and not with me."

For Marika Turano, working on this film for more than 10 years has been a labor of love.

"I think most people don’t know about it," Turano said. "That’s why its so important to finish and release this film."

"Has he ever said he is sorry to you," I asked Soltero. "He’s told me a lot," she replied.

"Do you feel like there is redemption at the end of this journey, for you and your family," I asked  10:28:17  at the end of the day there is always something good it’s about reaching out and getting it yourself."

You can always get involved by being mentor a child or teen or to becoming a foster parent.

You can also get more information on the decade-long making of the film by clicking here .