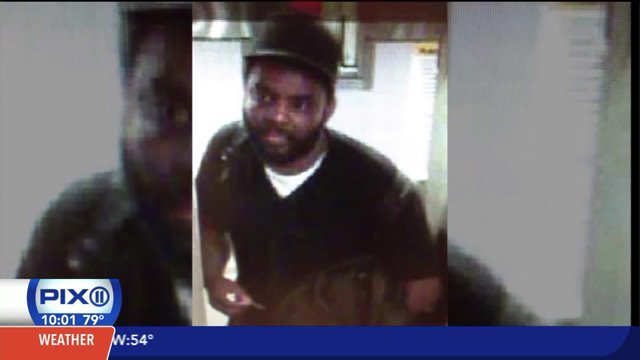 UNION SQUARE, N.Y. (PIX11) -- Police are searching for a man wanted for bashing two women with a hammer in Union Square and who may be connected to two other attacks in Manhattan.

A photo of the alleged attacker was released midday Tuesday. Earlier in the day, police sent out a sketch of a possible culprit but later said to disregard that image, replacing it with a grainy surveillance photo.

NYPD said the man began his rampage about 7:30 p.m. Monday when he took out a hammer from inside a bag and hit a 28-year-old woman on the head. The victim was sitting on a bench in Union Square Park.

About 10 minutes later, he slammed a hammer on a 33-year-old woman, attacking her from behind near 44 West 18th St. and leaving her with a scalp wound, police said.

Police are looking to speak with this man about at least two attacks in Union Square on Monday, May 11, 2015, in which womwn were bashed with a hammer. (Photo: NYPD)

Both victims were treated and released from the hospital.

Investigators are leaning toward connecting the man to a third Monday attack against a man near 35th Street and Sixth Avenue.

He also may be linked to a fourth attack on a woman on 27th Street and Madison Avenue. In that incident, the woman was struck in the head with an unknown object or a hand.