It’s a “G” Thing: Dwight School Chancellor Stephen Spahn brings passion, tradition and a lot of game to his 50 years of education 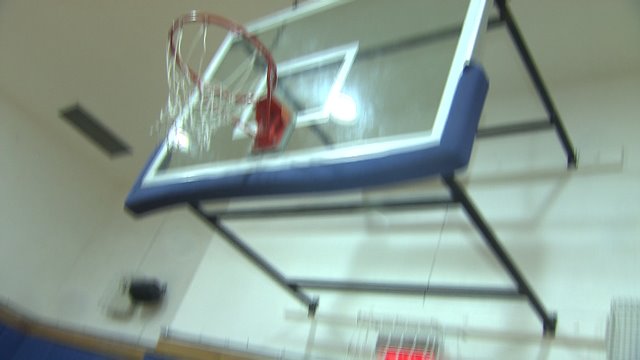 In this week`s It`s a "G Thing", PIX11`d Mr. G stops by the Dwight School to see how the Chancellor brings his A game every day to work.

“I haven’t lost [in basketball] in 30 years,” Stephen Spahn smirked.

“I carried a basketball around with me everywhere I went,” Spahn remembered. "[I] played on every playground I could find."

A work ethic Stephen Spahn developed traveling the world as a young student.

“Globalism and international mindedness became a very important part of my thinking,” he said.

Lessons in life and on the court he learned from his dad, Morris "Moe" C. Spahn, who was a school headmaster for 50 years.

"He was actually most valuable player of professional basketball in 1937-38,” Spahn said. “He gave me the freedom to find my own path and he always wanted me to explore different avenues.”

Freedom that ultimately took him down a very similar road. Spahn is the Chancellor of the Dwight School and the longest serving leader of an independent school in the city.

“I was at Dwight and my father was at the Franklin school, those two then combined in 1993,” he explained.  “I find everyday just as exciting, I can’t wait to come to school. There’s nothing more important than inspiring one person at a time.”

Over the last five decades, he's seen plenty of changes. But his core teaching beliefs that he got from his father remain constant.

“He really believed everybody had a spark of genius in them and we have really made that the mantra of the school," Spahn said.

He's an innovator. In 1972, Stephen Spahn created a permanent campus in London, making it the first American independent school to do so. Three more international schools have opened since in Canada, Seoul and Shanghai. He always pioneered a brand new, state of the art school athletic facility in 2013.

“Changing environments can very often change our perceptions and attitudes,” he said.3

This school has become his family, from his students to the teachers to the next generation.

His son, Blake, is the Vice-Chancellor.

"The Dwight School has been in my blood since I was born," Blake Spahn smiled. "It's been the conversation at the dinner table since I can remember."

“What's it like going to a school where the whole family’s here?" I asked Chancellor Spahn's granddaughter, Kyra. "Well it’s pretty cool but sometimes it can be embarrassing,”  she laughed.

“Are you ever going to give this up or are you going with your boots on?" I asked the Chancellor. "As long as I have the passion, and I can actually reach children, I will continue.”
PRODUCED BY: Kim Pestalozzi