EXCLUSIVE: Casket with bones found on street outside Brooklyn cemetery 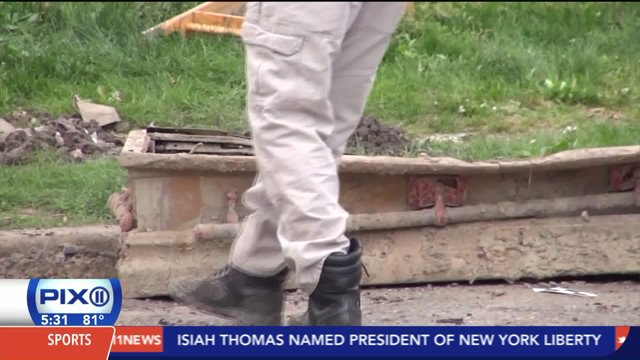 In what could be a twisted case of grave robbing, investigators are trying to figure out how a casket wound up on a street outside a Brooklyn cemetery, and one key clue is missing - the body.

The casket -- battered and covered in dried mud --  was found at the end of Central Avenue by employees of  the Evergreens Cemetery when they arrived for work about 6 a.m. Tuesday. The area is often a dumping ground for trash and furniture, but certainly not caskets.

Trash and bones were found inside the casket, but it’s not known whether the remains are human, officials told PIX11.

Investigators from the  Office of the Medical Examiner responded to the scene as police try to determine how the casket got there.

PIX11 reached out to three cemeteries in the area. Workers at Evergreens, outside of which the casket was found, and Trinity Cemetery said that no graves have been disturbed in their cemeteries. Representatives of a third cemetery, Mount Judah, have not yet responded to PIX11’s inquiry.