See the crowded NYC commute from a different view 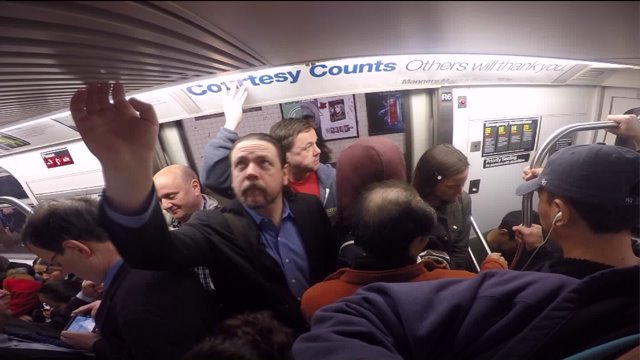 You deal with it everyday, a few times a day.

Do you ever wonder if anyone notices the conditions on the train?

The MTA tracks wait times and on-time performance. The transit agency announced the addition of several trains on the 2, 7, L and M lines. The effort will help reduce wait times when it happens in December.

"Almost all of the additional service will be scheduled during off-peak hours, which showed the highest growth last year as the subway moved more than 1.75 billion customers, the highest ridership in over 65 years," the MTA reported in a media release.

But what's being done now to address crowds and delays?

Negotiations continue in Albany about the MTA Capital Plan, which addresses repairs and upgrades. The City of New York is also finalizing the next budget and infrastructure is expected to receive more money than in past years.

PIX11's Greg Mocker and Ken Pelczar take the train to work and this time, they took some pictures and video with a handheld camera.

Riders send pictures to Mocker. During this report, he highlighted photos from Dean, Stephen and Helina. Send your photos and comments to mocker@pix11.com.