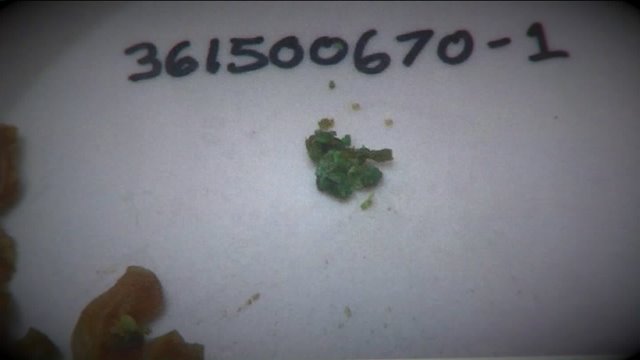 An attorney for 22 inmates suing the city Department of Correction ordered the testing on a sample of meatloaf preserved by her client Reginald Dupree. The substance analyzed by EMSL Analytical in New Jersey contained Brodifacoum, a rodenticide.

The rodenticide is often marketed as d-CON, Finale, Havoc, Pestoff and Rodend, according to the lab report.

In court documents, Feeney said she saw green and blue specks of "an unknown substance" on a sample of food from the prison kitchen.

The prisoners' lawyer said her clients became ill after eating the food flecked with the colorful specks.

"Some of them, once they became sick, threw the tray back under the door, others saved it," said Joanne Squillace, an attorney for the inmates.

Squillace filed a lawsuit in Brooklyn Federal Court alleging inmates suffered nausea, bleeding and vomiting after eating the meatloaf served in March during lockdown in at the Anna M. Kross jail.

The lawsuit claims her clients were denied proper medical treatment.

A spokesman for the city law department said investigators are continuing to "evaluate all the facts."

"It is premature to draw any conclusions about these lab results because they have not been turned over to the City for review and validation," he said.