Are Select Bus Routes the solution to traffic and crowded commutes? 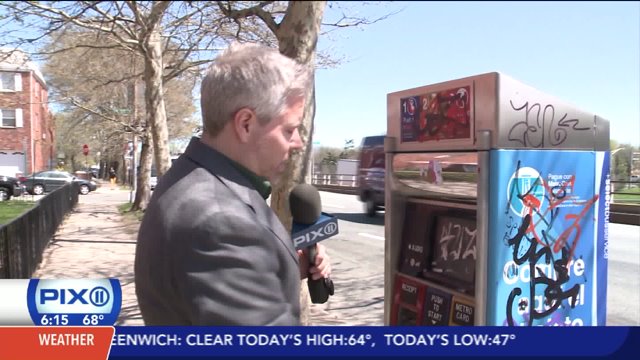 The NYC DOT and MTA are moving ahead with additional Select Bus Routes and Bus Rapid Transit Routes. PIX11`s Greg Mocker found a problem along one of the current routes and is trying to get a broken machine fixed.

With all the cars on the roads and the people on the subways, buses are an option that needs to be considered.

The NYC Department of Transportation and MTA have focused on creating Select Bus Routes and developing a Bus Rapid Transit system. Officials say trips are about 20 percent faster.

The next projects are along the M86 Crosstown route through Central Park along 86th Street and Woodhaven Boulevard in Queens.

Some neighbors continue to express concern about fewer bus stops and increased traffic from the creation of bus lanes.

Riders swipe their MetroCards before boarding the bus at machines on the sidewalk by the bus stops. Their receipt is proof that they paid and law enforcement frequently conducts checks. Riders have reported some issues with some machines.

PIX11's Greg Mocker reported a broken machine in Astoria along the M60 to 511. He's waiting a few days to see what happens.